After Many Years Of Childlessness, Bayelsa State's First Lady Gives Birth To A Set Of Quadruplets, In USA 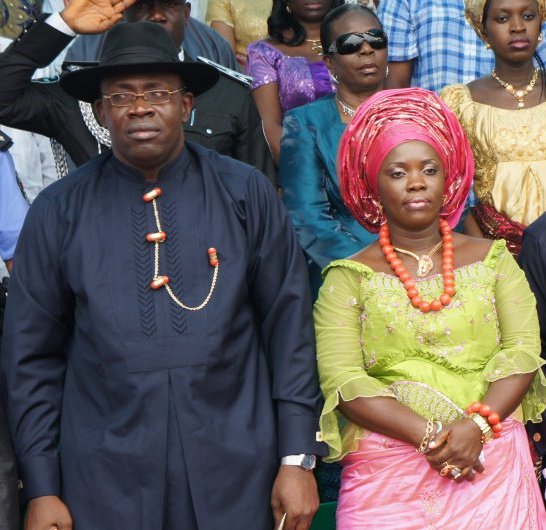 The wife of Gov. Seriake Dickson of Bayelsa Rachael Dickson on Friday gave birth to quadruplets in the United States of America after several years of marriage.

According to a statement signed by Mr. Daniel Iworiso-Markson, Chief Press Secretary to the Governor of Bayelsa said:

“The season of celebrations continues in the family of Governor Henry Seriake Dickson of Bayelsa State as his wife, the First Lady, Dr. Rachael Dickson just put to bed in the United States of America.

She was delivered of a quadruplet; a bouncing baby boy and three beautiful baby girls. Mother and children are doing well.


This is particularly good news for the family and Bayelsans because this bundle of joy is coming after many years of praying and waiting upon the Lord. Governor Dickson thanks friends, family members and Bayelsans for their prayers and support and enjoins them to continue to pray for the family."

Posted by Unknown at 9:48 am
Email ThisBlogThis!Share to TwitterShare to FacebookShare to Pinterest
Labels: Gists