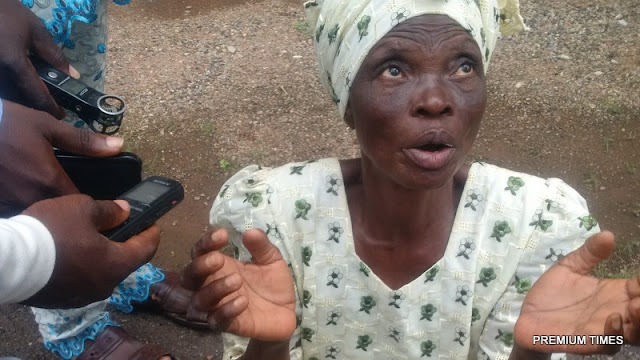 A 54-year-old woman, Idowu Olupinla, has been arrested by the police in Ogun State for allegedly operating a prostitution cartel with teenagers.

The woman, who is also a pastor and founder of Cherubim and Seraphim Church, Ijoko-Ota, Ogun State, was paraded alongside some of her victims at Eleweran Police Headquarters, Abeokuta. She was arrested at her church premises on number 52,Okesina Street.

The police said she specialised in arranging male sex customers for the teenage girls, aged 14 to 16. The police said three of the girls (names omitted) were rescued. The girls lived in the church premises with the woman.

The Commissioner of Police in Ogun, Ahmed Ilyasu, at a press briefing on Sunday said the victims had been taken to a hospital. He said the suspect would soon be charged to court for human trafficking and child abuse.

One of the victims, who spoke to PREMIUM TIMES, said many of the girls were from broken homes and sought a place to stay before they were lured into prostitution by the woman.

The 16-year-old said she lived with Mrs. Olupinla for about a year along with about 9 other girls.

“We are about 10 with Mama, and she always arrange men for us to have sex,” she said. “She created apartment within the church premises, where the men sleep with us. We charge N500 per sex in which Mama will collect N300 and give us N200.”

She said each girl makes an average of about N1,500 per day inclusive of Mrs. Olupinla’s commission.

The teenager said many of the girls had multiple abortions so as to continue living in the church and that she has had 5 abortions. The suspect, however denied the allegations. She said she only provided a place to live for the homeless girls.

Posted by Lawrencia at 8:51 am
Email ThisBlogThis!Share to TwitterShare to FacebookShare to Pinterest
Labels: Crime