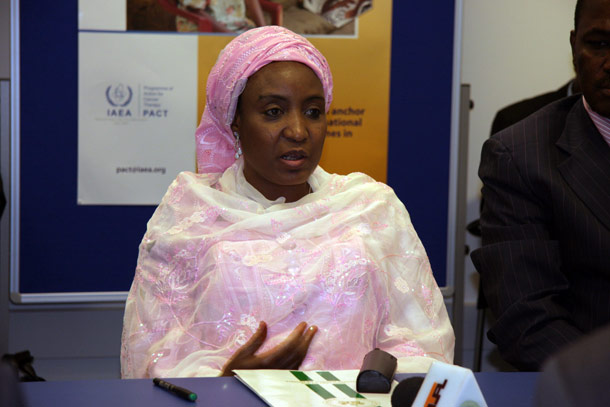 The Police Command in Katsina on Tuesday said that it had arrested a 60-year-old domestic worker serving former first lady, Turai Yar’adua, over missing goods worth N91 million. The police Commissioner in the state, Usman Abdullahi, disclosed this to journalists on Tuesday in Katsina.

“The police has arrested Alhaji Yusuf Sarkin-gida after a formal complaint by Hajiya Turai Yar’adua to the Police two weeks ago.

“The suspect is the custodian of all the keys and property of Hajiya Turai Yar’adua for the past forty years.

“There are 37 boxes in the custody of the suspect, but only 27 boxes are in the store.

“The several items in the 27 boxes are completely missing and the suspect has failed to give full explanation on the goods and items in the boxes,” he said.


The Commissioner said the suspect had been serving the Late Umar Yar’adua family for the past 40 years even before her husband became the governor and later the president of Nigeria.

Mr. Abdullahi said the suspect was in police custody, where he was assisting them to conduct intensive investigation on the missing items.

When contacted, the spokesperson of Sarkin-gida’s family, Mohammed Yusuf, said their father was innocent of the charge leveled against him.

He said the arrest and detention of their father before the Eld-el-Kabir celebration had thrown the family into confusion. He appealed to human rights organisations to come to the rescue of their father.

Posted by Lawrencia at 9:57 pm
Email ThisBlogThis!Share to TwitterShare to FacebookShare to Pinterest
Labels: Crime