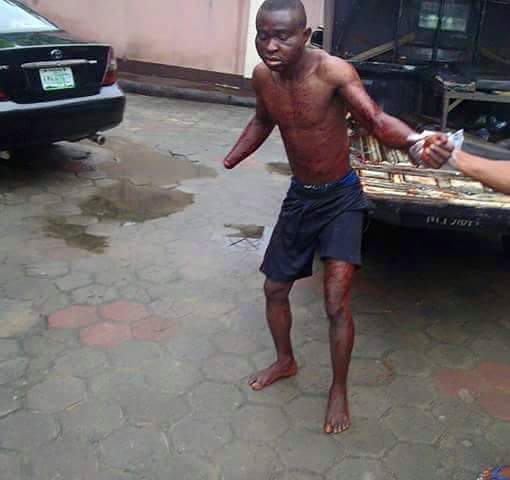 Inibehe Effiong shared these photos on Facebook with the caption:

"THIS IS INSANITY! VIEWER DISCRETION IS ADVISED.

According to online reports, the man pictured herein was caught at about 5 am at Aka Itiam, some say Ibiam Street in Uyo, Akwa Ibom State while trying to steal a flat screen TV from a football viewing centre. His hand was chopped off by a mob.

Those who chopped off this man's hand should be traced, arrested and prosecuted for inflicting grievous bodily harm. The perpetrators are criminals. They are worse than the man. We cannot continue with this type of insanity. 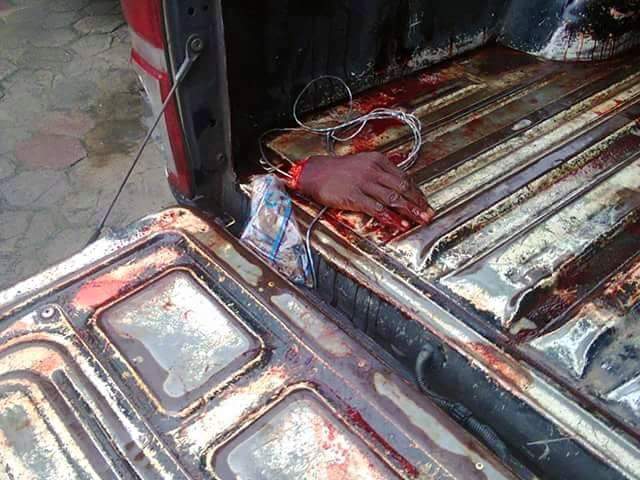 Jungle justice evinces our institutional, social and moral backwardness. This is a manifestation of a stone age mentality. This man did not kill anyone, he did not rape anyone.

Stealing is not a capital offence.

What I find particularly repulsive is the fact that those who inflicted this permanent injury on this man and those applauding the carnage are the very people defending, canonising and worshipping corrupt politicians who are ruining their lives and looting the resources of their state.

This is bestial and hypocritical. The police should have been invited into the matter. 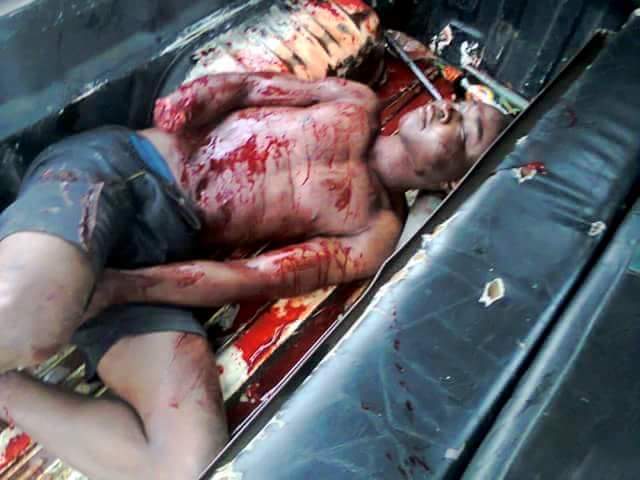 I therefore call on the Akwa Ibom State Police Command to immediately arrest and prosecute those found culpable to serve as a deterrent to other misguided members of the public who are always quick to visit mob justice on those who commit petty crimes while praising the big thieves."

Posted by Lawrencia at 12:48 pm
Email ThisBlogThis!Share to TwitterShare to FacebookShare to Pinterest
Labels: Crime