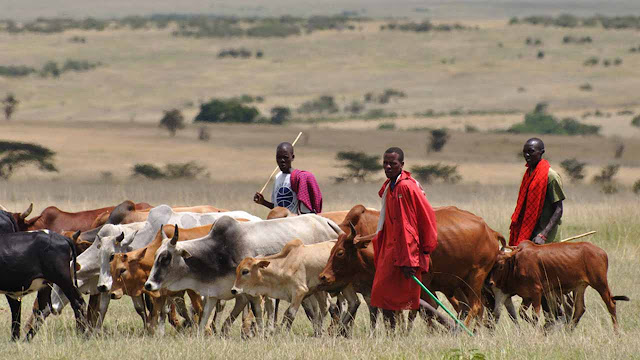 Leaders of Hausa/Fulani herdsmen in Abia State have signed an accord with community leaders  in Abia to ensure a peaceful coexistence.

The accord was signed at a Town Hall meeting organised by the state committee on herdsmen and farmers conflict resolution yesterday at the Police Officer’s Mess in  Umuahia.

Chairman of the committee and Commissioner of Police, Adeleye Oyebade, who addressed the inaugural meeting with leaders of Hausa/Fulani community, traditional rulers, town unions, women and youth groups, said the meeting became necessary because “the unity of this country is paramount and not negotiable.”

Oyebade  said Abia State Government set up the committee to avoid the kind of violent clashes herdsmen have been having in neighbouring states and called on all parties to proffer solution that would lead to peaceful coexistence.

He said the committee has designed short, medium and long term resolution and urged the traditional rulers to carry their people along in negotiating with herdsmen.

He reminded all the parties that the constitution of Nigeria provides for peaceful coexistence and freedom of movement, saying “just as the herdsmen have the right to migrate to any part of the country, the law does not allow the destruction of another’s property/farm.

The same way, communities should not kill the cows in reprisal but should take the proper channel of conflict resolution, including dialogue and reporting to security agencies.

“The issue of destroying of farms crops, killing of cows and poisoning of water which in most cases breed trouble is what we are trying to find a lasting solution to with the aim of avoiding unnecessary conflicts now or in the future.”

In his remark,  Governor Okezie Ikpeazu, represented by his deputy Chief of Staff, Chief Ukpai Agwu Ukpai said the committee was set up to avoid any crisis between the farmers and herdsmen with the CP as the chairman because of his track record  and urged the parties to cooperate with the committee.

In their various contributions, the state Director of DSS, Korede Kamoju, the Adviser on Security, Capt. Awa Udensi (retd), Chairman of Farmers Association in the state, Dunlop Okoro said there had always been peace among farmers and herdsmen until they started carrying arms and grazing in farms instead of along the roads and uncultivated lands and urged the traditional rulers not to compromise.

Leader of the Hausa group in the state, Alhaji Yaro Danladi said he was not happy with the recent development between farmers and herdsmen in the state and called for a peaceful resolution at all times to avoid bloodshed. He promised to have a meeting with herdsmen with a view to finding lasting solution.

Also, the leader of Maiyatiala group, Hassan Buba said herdsmen do not cause trouble, stressing that whenever there was trouble, such should be reported to their leader to enable him handle it instead of taking laws into their hands. He said no right thinking herdsman would cause problem in a community where he stays.

“The herdsmen have their leader, trouble starts when they are not understood, if cows destroy farms the incident should be reported to their leaders for proper handling instead of resorting to retaliation which in most cases leads to crisis.”

The member representing Arochukwu state constituency at the House of Assembly, Luke Ukara Onyeani said there is a law known as stray animal law which should be put in use to avoid conflicts and urged the committee to carry the legislators along.

The Chairman of the state Traditional Rulers Council, Eze Dick, who spoke on behalf of traditional rulers assured that the monarchs would work in line with the committee’s mandate to ensure peace in the communities with herdsmen.

Posted by Lawrencia at 8:13 am
Email ThisBlogThis!Share to TwitterShare to FacebookShare to Pinterest
Labels: NationalNews