How I Got N1.6 Billion Naira From Emmanuel Dudafa, The Personal Assistant To Former President Goodluck Jonathan 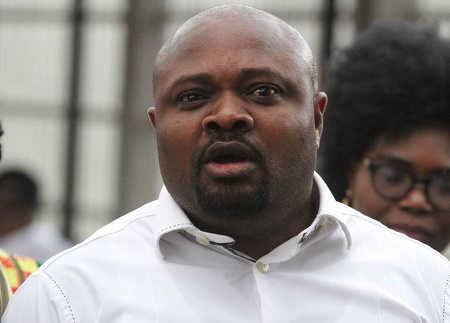 A witness in the ongoing trial of the personal assistant to FORMER President Goodluck Jonathan on domestic matters, Waripamo-Owei Emmanuel Dudafa today told the Lagos Federal High Court presided by Justice M.B. Idris how he received a total sum of N1,667,162,800 (One Billion, Six Hundred and Sixty Seven Million, One Hundred Sixty Two Thousand, Eight Hundred Naira Only) from the former presidential aide through five different companies between 2013 and 2015.

The companies are Pluto Properties and Investment Limited, Avalon Global Property, Rotato Interlink Services, Seagate Property and Ebiwise Services Limited. The witness, Murtala Bashir Abubakar made the disclosure when he was led in evidence by the prosecution counsel Rotimi Oyedepo and was asked to explain to the court his relationship with Dudafa.

The witness a Bureau de Change operator who plies his trade under three different companies, Na Mu Duka Ventures, Yamusa Oil Services Limited and 313 Ventures informed the court that he knew Dudafa since the accused was a Commissioner for Local Government in Bayelsa State under the administration of Governor Timpere Sylva. He further told the court that the only relationship between the two of them was that of Forex, a relationship that continued up to the time Dudafa became a personal assistant to President Goodluck Jonathan.

In explaining the nature of their transaction, the witness informed the court that Dudafa usually sent two of his staff, Festus and German with Dollars in order to change same and deposit the Naira equivalent into specific accounts provided by Dudafa via text messages. The witness disclosed those text messages he received from Dudafa on his Samsung mobile phone which he used to receive those messages from Dudafa. The mobile phone as well as Ownership Attestation Form were admitted and marked as Exhibits E and E1 respectively.

When asked whether all the instructions on how to disburse the money were received via text messages, Muratala said all of it but the last transaction in which Dudafa invited him to the Presidential Villa and handed him cash of $4,000,000 (Four Million Dollars Only).

The witness was confronted with exhibits A-B3 in which he identified all the transactions that transpired between himself and Dudafa from 2013 to 2015 both from his companies’ accounts and his personal account.

In the end of the examination in chief, the witness confirmed that all the Dollars he received during the transactions in question, came from Dudafa. When it was time for the defence to proceed with cross examination of the witness, counsel representing the Dudafa, Gbenga Oyewale requested the court for an adjournment. Sunday Abumeri, counsel to the second defendant also aligned with the position of Oyewale in seeking for an adjournement.

Rotimi Oyedepo objected the prayer of the two counsels but Justice Idris eventually granted the application of the defence counsels and adjourned the matter to tomorrow the 27th of September 2016 for continuation of trial.

Posted by Unknown at 8:45 am
Email ThisBlogThis!Share to TwitterShare to FacebookShare to Pinterest
Labels: Crime