"I'm Just Yanking Off The Second Pregnancy For A Married Man, And I Will Never Stop Even After Marriage" - Lady Shares Her Story On Twitter 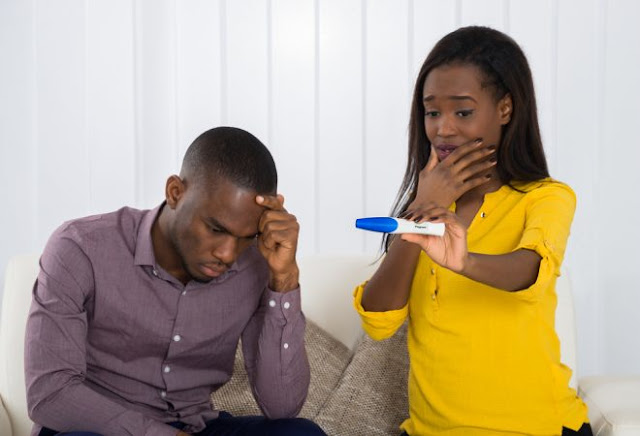 When some of us come here to let out our deep secret, we do it not to be judged but to have a relieved from within out of remorse/guilt.

So here is the full gist for you to make informed tweets and mentions.

I will call him "MF" to protect his identity. He joined my uncle, who is a member of the National Assembly few months back as staff.

He looks very young, intelligent and extremely charming. He never looks his age. He will be 40 this year but looks less than 30.

He is a cool headed guy. Second day he joined my uncle, my uncle "joined" us together so I can serve as "Assistant" to him.

3 months ago, he travelled with my uncle to his village in Ogun State and somehow, we chatted on WhatsApp for the first time.

After few message exchange on WhatsApp, our conversation suddenly got amorous and sexual. The amorousity & sexuality of convo was mutual.

We were on WhatsApp throughout the day and night. Chatting and calling. It was all fun. Like it was planned. It was heavenly!

And that was how we started and here we are today.

Though I have a fiancé that we have been together for like 8years.

We became too close that I can't wait for him to return. He returned and we both met in my uncle's house and had sex.

The sex was heavenly. It was the best I ever had. I wished he stayed for the night but he couldn't.

It was just a round of sex and 3 weeks after, I missed my monthly period and I became pregnant.

I didn't tell him about the pregnancy before I aborted it because he was far away in Southwest while I'm here in Abuja.

Moreso, I was not psychologically prepared to have a child 👶 at that time coupled with having a fiancé we planned to wed Dec.

I had aborted d pregnancy b4 telling him about it. He felt so bad knowing that I aborted it. It could be a pretence but it felt real.

We had another round of sex the night I told him about the pregnancy I aborted. I loved every aspect of our friendship and relationship

I love him like I love life itself. I have never felt what I feel for him in a very long time. I wished I could marry him.

Yes and he wanted me to keep it but I'm still not psychologically prepared to have a baby now."

Posted by Unknown at 11:23 am
Email ThisBlogThis!Share to TwitterShare to FacebookShare to Pinterest
Labels: Gists