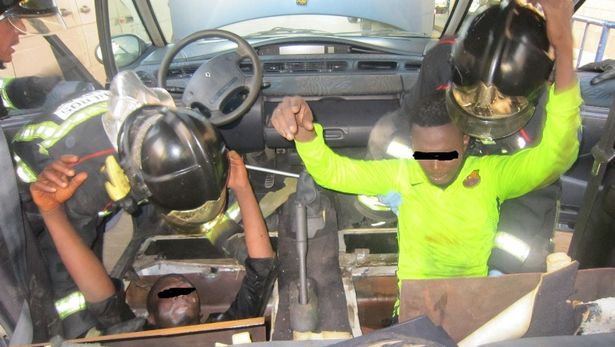 The stunned officers found the group desperately pleading for help after they were found squashed into tiny secret compartments with no ventilation on one of the hottest days of the year.

The 27-year-old Congolese woman was heard screaming in French: "Please, please, get me out of here. I'm scared. I cannot feel my legs and have very swollen feet." 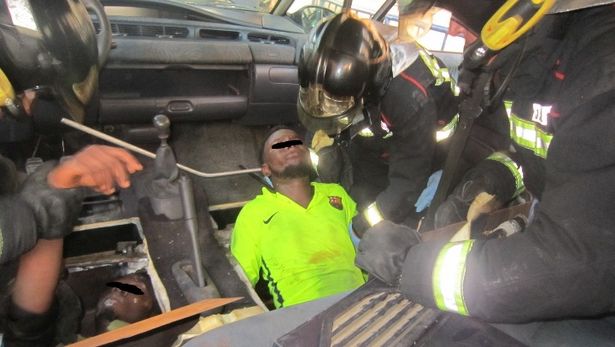 Officers found the group after they stopped the vehicle on suspicion it was being used for human trafficking by the mafia. They conducted a search and discovered the car had a double bottom that was being used to stash away the migrants.

Fire fighters cut them free and pulled them to safety in a dramatic rescue on the border with Melilla before they were rushed to hospital in a serious condition.

The men, aged between 21 and 23, were from Guinea and the woman was from the Congo. 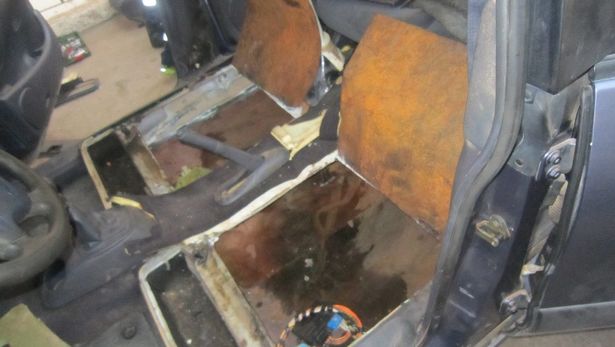 The male driver from Morocco has been arrested on suspicion of a crime against foreign citizens.

Posted by Lawrencia at 7:52 pm
Email ThisBlogThis!Share to TwitterShare to FacebookShare to Pinterest
Labels: InternationalNews