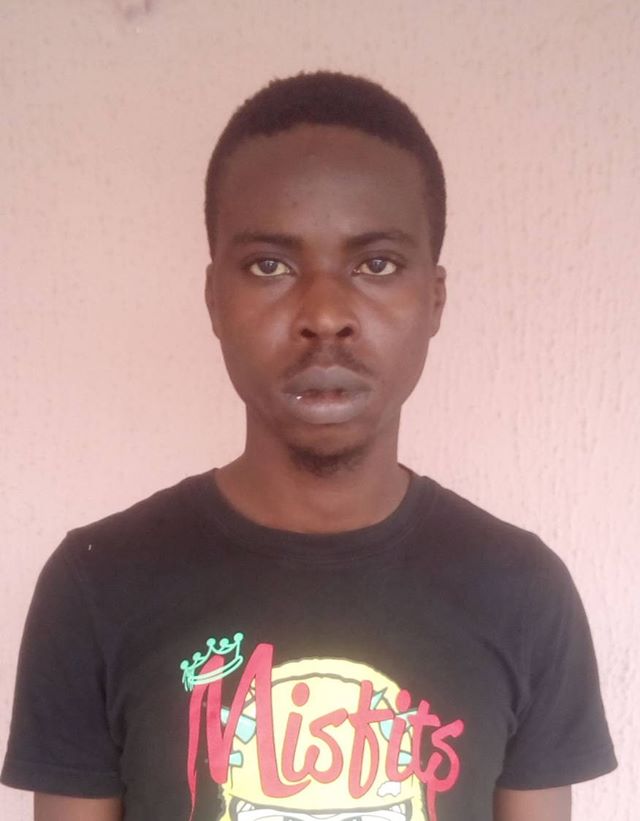 A Federal High Court sitting in Warri, Delta State has convicted and sentenced to two years imprisonment one Ighofose Oyoma. Ighofose was first arraigned by the Economic and Financial Crimes Commission, EFCC, on 3rd May, 2016 on a seven count charge bordering on Conspiracy, Forgery and Obtaining Money by False Pretence to the tune of Nine Thousand Two Hundred United States Dollars ($9,200).

Upon his arraignment, the convict pleaded not guilty to the charge,  but later changed his plea to “guilty”.

Justice E. A. Obile consequently convicted Ighofose and sentenced him to two years imprisonment with an option of N300,000.00 (three hundred thousand naira) fine to be forfeited to Federal Government. He also ordered that the payment receipt be deposited to the court registry.

Ighofose was arrested sometime in May, 2015 in Calabar, Cross River State following intelligence report on his involvement in internet scams.

During investigation different scam mails which he used in defrauding his victims, mostly foreign women by presenting himself as Mike Anderson, an American businessman, were recovered.

Count one of the charge reads: “that you Ighofose Oyoma (a k a) Mike Anderson on or about the month of May, 2014, at Warri, Delta State within the jurisdiction of this Honorable court did possess documents containing false representation as Mike Anderson, which said representation you made to Sandra ‘M’ and obtained the sum of $1,200 (USD) under false pretence, a pretext you knew to be false and thereby committed an offence contrary to section 1 (1) (a) of the Advance Fee Fraud and Other Related Offences Act, 2006 and punishable under section 1 (3) of the said Act”.

Posted by Unknown at 10:35 am
Email ThisBlogThis!Share to TwitterShare to FacebookShare to Pinterest
Labels: Crime