"It Is Better To Be A Bastard Than Be Your Son, Please Leave Us Alone Forever" - Stella Oduah's Surviving Son Blasts His Father 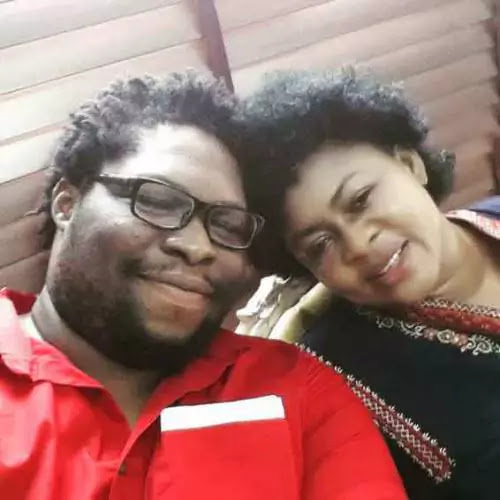 Few days ago, Satchie Etoromi, the ex-husband of the former aviation minister, begged her to return the body of their late son, Maxwell Buwa, to him for proper burial, while accusing her of not informing him of his death, Tuoyo, the 2nd son they had together, has come out to blast him. In a statement released today, he said:

“I feel so heartbroken and distraught that during our time of mourning, I have been reduced to issue a press statement against my biological father. Life is serious. It is not a Nollywood movie. This is madness. This is evil.

This is defamation. This is attention seeking. This is shamelessness. This is jealousy. This is abnormal. This is bitterness. This is shocking! Buwa and I were the product of a short and abusive marriage that ended almost 30 years ago.


To a man with many other wives and children. Stella Oduah is the only father, mother and provider that my brother has ever known. I called him and the Etoromi family to inform them immediately my brother passed.

I offered flights, accommodation and special care for him or the representatives of the family throughout the funeral. I offered to build a relationship and have a new start. I was happy and optimistic. But I was wrong.

Instead of asking about his dead son, he proceeded to use my brothers passing as an excuse to shamelessly insult my mother just like he is doing now, issue death threats and even ask for dowry from almost 30 years ago.

Mr Satchie Etoromi’s motivation is not love, not grief, not reconciliation but bitterness, revenge, abusive tendencies, possessiveness and maybe even genuine madness. Mr Satchi Etoromi, I beg you with God to please leave us alone forever and let Buwa rest in peace.

May God have mercy on your soul on for what you have just done. I wanted to forgive and reconcile but your recent actions and character have revealed that it is better to be a bastard than be your son. This will be the first and last time that I will acknowledge and respond. Any further public words and actions will be addressed through legal means.”