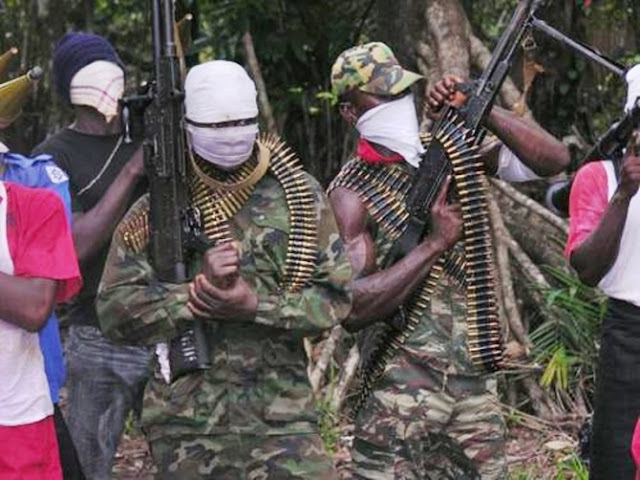 The Defence Headquarters wishes to alert the general public of the disturbing spate of how various militant groups are springing up in the Niger Delta with each of them hiding under regional agitation to commit all manners of crimes and atrocities.

The latest being the Niger Delta Greenland Justice Mandate (NDGJM) that claimed responsibility for blowing up NNPC oil pipeline few days ago. The same group has come out again, demanding residents living near oil and gas infrastructure to vacate their homes to avoid being caught in its next attacks.

The Defence Headquarters wishes to state, in clear term, that no group or individual has the right to threaten or force residents in any part of Nigeria to abandon their homes in obeisance to certain group’s selfish and devilish interest.

It is more worrisome that despite the Federal Government’s olive branch to broker peace and profer solution to the lingering Niger Delta problem, some groups are still fanning the ember of war.  The military and other security agencies would remain focused, un-intimidated and will display professionalism in ensuring adequate security to lives and property.

While the Armed Forces respect the Government’s negotiation with relevant stakeholders in the Niger Delta, the military exercise and operations in the area are not targeted at any group or meant towards making lives difficult for the inhabitants. The ongoing exercise is geared towards enhancing civil-military relationship and building the confidence of the resident on the ability of the military to protect them. The exercise also demonstrates the strength of the troops to purge the region of criminals and economic saboteurs. The Armed Forces would not tolerate any form of criminality in that region.

The military and other security agencies wish to therefore re-affirm their total commitment to ensure security of lives and property, not only in the Niger Delta, but throughout the federation.  We also solicit the cooperation of all the stakeholders, including the royal fathers, leaders and youths to achieve this feat.  We urge public, especially those residing in the Niger Delta, to discountenance the threat and request innocent citizens and those domiciled therein to go about their legitimate businesses.
RABE ABUBAKAR
Brigadier General
Acting Director Defence Information

Posted by Lawrencia at 8:38 pm
Email ThisBlogThis!Share to TwitterShare to FacebookShare to Pinterest
Labels: NationalNews