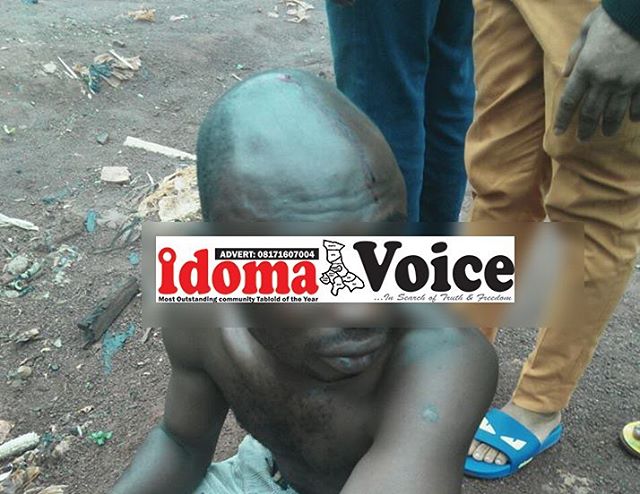 On Wednesday, the arm of the law caught up with an okada rider identified simply as Daniel in Otukpo, Benue State, after he allegedly raped an eight-year-old girl in his room on Ogiri Okoh Street, to a point where the girl became unconscious.

A resident of the street on which the victim’s mother lived, said the girl explained that Daniel forced himself on her after he had told her to help him buy food.

The resident said the mother became suspicious when the girl came back home, walking with her legs apart.

The victim’s mother was said to have raised the alarm, after the girl said Daniel inserted his manhood in her and did not know anything again.

“She said by the time she woke up in his room, he saw the man pouring water on her,” the resident told Saturday PUNCH.

After vigilantes in the area were reportedly alerted, they went in search of Daniel and arrested him a few hours later.

The suspect, a native of Ado Local Government Area of the state, said even though he had tried to rape the girl, he left her alone because he could not penetrate her.

“Because my manhood was too big for her, I could not penetrate and had to leave her alone,” he told the vigilantes.

He however denied raping the girl to the point of coma.

Saturday PUNCH was told that Daniel had been handed over to the police.

The Police Public Relations Officer in the state, Mr. Moses Yamu, confirmed the incident, stating that the victim was now in police custody.

He said investigation was till ongoing on the case.