My Marital Status Is None Of Your Business, Says D’banj 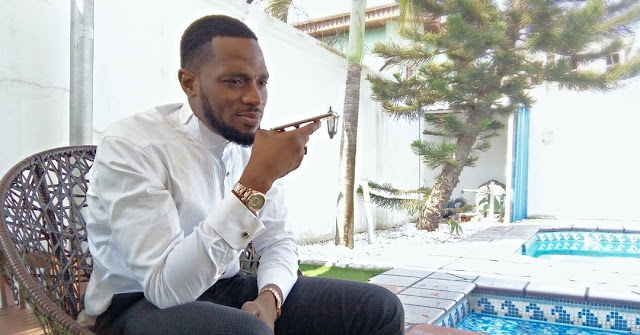 Some weeks ago, the self-acclaimed Kokomaster, D’banj, caused a frenzy in the digital space after news broke that he secretly got married to his girlfriend, Lineo Didi Kilgrow.

And since then, the singer has maintained silence on the issue till Saturday Beats caught up with him as he was sensitising the public on his new initiative, CREAM.

While addressing his marital status, the singer said his private life was nobody’s concern and pleaded with the public to keep his family life private.

He said, “My marriage is my business and it is none of your business. Whether I am married or not, mind your business. If you ever see a wedding ring on my finger, fine, but if you don’t, fine. The truth about it is that it is very important to know what you want as a brand. As a brand, I wanted to focus on the business side and keep my family and private life, private and concentrate on CREAM.”

Although the singer seemed adamant about not revealing his marital status, he made a slip while he was still being probed which probably indicated that he was no longer in the single’s market.

The Kokomaster said, “When we have 10 million subscribers on CREAM, then I could do something in the stadium. In fact during that time, I could wed again.”

The singer further gave an insight into his new initiative, CREAM, which stands for Creative Reality Entertainment Arts Music.

He said, “CREAM covers the whole entertainment creative industry. The thought came to me when I was appointed as the ambassador of the Bank of Industry on creativity. I realised that they were ready to fund our industry but there was no platform and I decided to take the step of getting a platform.

“I said to myself, if a youth is in Abuja or Bauchi and he has a creative talent, all the youth need is an opportunity. If there is a platform for him and his talent can be harnessed, then we have achieved something. That is what made me create CREAM. People say  if you do not come to Lagos, you will not make it in the entertainment industry but I said if we have a platform that everyone can access, you can get the same opportunity that the A-list artists have,” he said.

The singer further hinted that his album is ready but he is waiting for the right time to release it.

“I have my album ready and in the next few weeks, I would be releasing two songs; one features Phyno while the other is with the legendary DJ Oskido from South Africa. We are not releasing music for YouTube or for the sake of being popular; we are releasing music to provide money and food for our family,” Dbanj said.

Posted by Lawrencia at 8:28 am
Email ThisBlogThis!Share to TwitterShare to FacebookShare to Pinterest
Labels: Gists