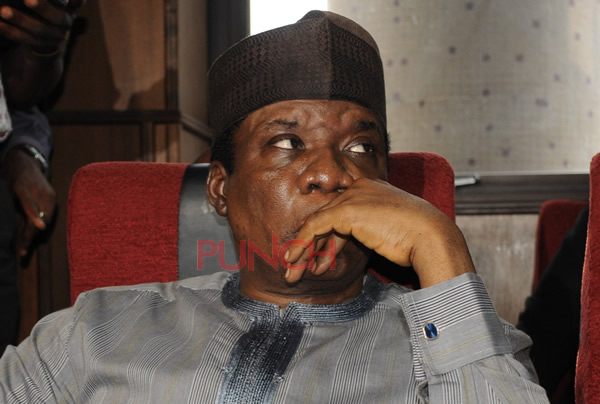 It was learnt that the Economic and Financial Crimes Commission has also traced and frozen eight bank accounts allegedly belonging to Omokore. Reliable sources in the commission told our correspondent that the eight accounts were opened at different branches of Skye Bank Plc.

Omokore, who is an ally of the immediate past Minister of Petroleum Resources, Diezani Alison-Madueke, among five others, are currently standing trial before a Federal High Court for an alleged $800m (N247bn at an exchange rate of N309/$1) fraud.

A top source at the commission said, “During investigations, we traced about eight accounts to Omokore in Skye Bank. Most of the accounts are company accounts. Some were domiciled in Marina, Adeola Hopewell and some other branches on the (Lagos) Island.

The commission had on Monday, July 4, 2016, arraigned Omokore, and five other individuals and firms, before Justice Binta Nyako of the Federal High Court, Abuja on nine counts bordering on money laundering and procurement fraud.

Omokore was alleged to have used the Strategic Alliance Agreement signed between the NPDC and Atlantic Energy Drilling Concept Limited to swindle the NPDC and the Nigerian government of billions of naira through the lifting of crude oil from some oil wells between March 2013 and May 2014.

The other accused persons, who were senior management employees of the NNPC, were accused of conspiracy in inducing the NPDC to facilitate the lifting of crude by Omokore, Atlantic Energy Brass Development Limited and Atlantic Energy Drilling Concept Limited.

The charge read in part, “That you, Olajide Omokore, Atlantic Energy Brass Development Ltd, Atlantic Energy Drilling Concept Ltd and Kolawole Akanni Aluko (now at large) between May 2013 and March 2014 within the jurisdiction of this honourable court obtained by false pretences and with intent to defraud, 7,551,867 barrels of crude oil (Brass blend) valued at the sum of $823,75,189.95 from NPDC, NNPC and the Federal Government of Nigeria on the false pretences that you had funds (both local and foreign) necessary to support the NPDC in petroleum operation for the OML 60,61, 62 and 63 and you thereby committed an offence contrary to Section 1(a) of the Advance Fee Fraud and Other Fraud Related Offences Act Cap. A6, 2010, Laws of the Federation of Nigeria and punishable under Section 1(3) of the same Act.”

The defendants pleaded not guilty to the charges when they were read to them.

Posted by Unknown at 8:43 am
Email ThisBlogThis!Share to TwitterShare to FacebookShare to Pinterest
Labels: NationalNews