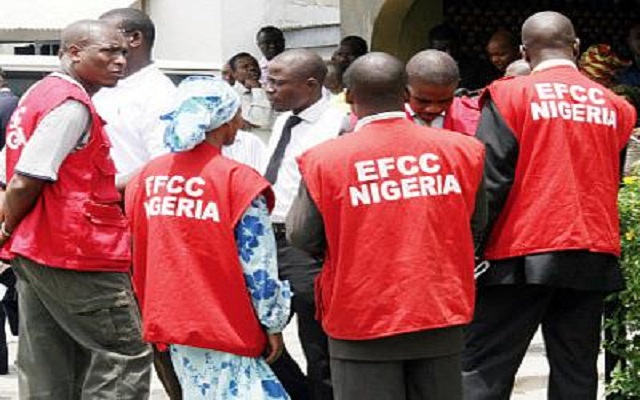 One of the former commercial bank staff currently standing trial in the N8billion mutilated currency fraud, Ademola Oni,today told a Federal High Court sitting in Ibadan, Oyo State that he was prepared to negotiate a plea bargain with the prosecution.

Following the development, other accused persons in the charge pleaded with the trial judge to adjourn proceedings when the plea bargain agreement would have been consummated. Justice Joyce Abdulmalik adjourned the matter to 28 September for cross examination and filling of plea bargain agreement.

Posted by Unknown at 10:11 pm
Email ThisBlogThis!Share to TwitterShare to FacebookShare to Pinterest
Labels: NationalNews