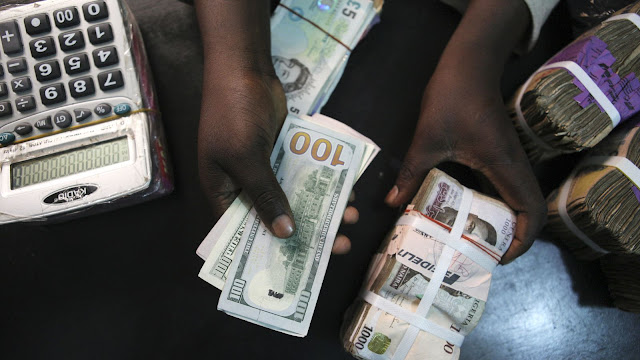 The naira hit a new record low of 436 against the United States dollar at parallel market on Thursday, down from 428 on Wednesday, as dollar shortages on the official market persist.

The development came amid depleting external reserves, which stood at $24.8bn on Monday. It also came two days after the Central Bank of Nigeria’s Monetary Policy Committee met and left the lending rate and other key economic indicators unchanged.

The latest data posted on the CBN website showed that the foreign exchange reserves were down by 3.4 per cent from a month ago to its lowest level in more than 11 years, as the apex bank sells the greenback at the interbank market to support the naira.

At the interbank official market, the naira was quoted at 313.07 to the dollar on Thursday, down from 310.08 on Wednesday.

Economic and currency analysts said there had been no significant policy response to the fall in the reserves, further fuelling the concerns.

An analyst at Afrinvest, a local research and investment advisory firm, Mr. Ayodeji Ebo, said it was difficult to trace the reason for the sustained fall in the value of the naira after the MPC’s decision to keep the interest rate unchanged.

He said the development could be traced to the decision or the imminent maturity of the CBN’s forward contract.

Posted by Unknown at 9:14 am
Email ThisBlogThis!Share to TwitterShare to FacebookShare to Pinterest
Labels: NationalNews