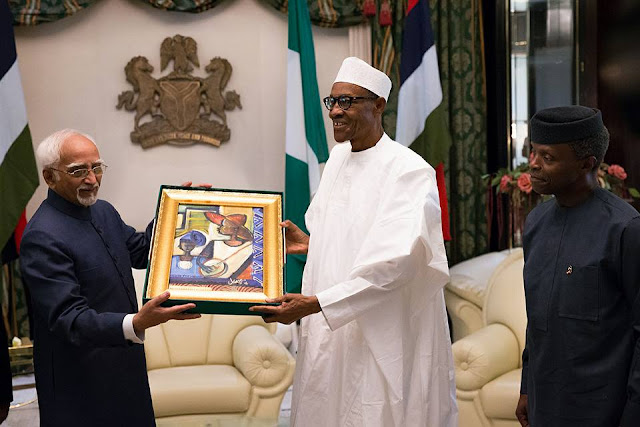 President Muhammadu Buhari Tuesday said Nigeria will continue to expand its relationship with India in the areas of health, education, agriculture, technology and trade.

Receiving the Indian Vice President, Mohammad Hamid Ansari, at the State House, President Buhari said Nigeria had over the years benefited from the cooperation of the Asian country in trade and investment, agriculture, technology and the fight against terrorism. 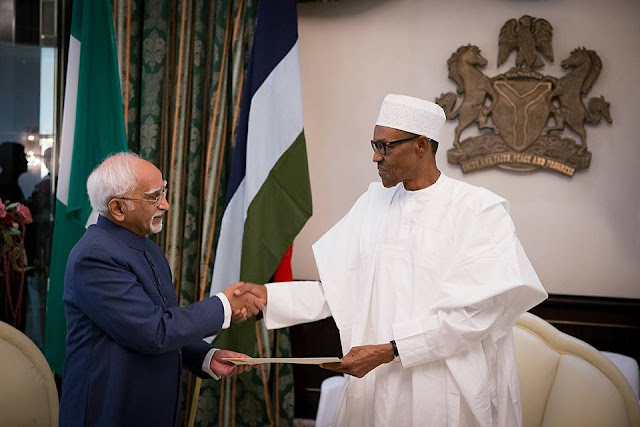 President Buhari said Nigeria would emulate the Asian country’s agricultural model and capacity to feed its 1 billion population, and also export to other countries, describing the country as ``sustainable and prosperous’’.

The President noted that Nigeria would continue to support the reform of the United Nations Security Council, pointing out that it was unfair on the rest of the world for five countries to exercise the power of ‘‘yes or no’’ in the UN. 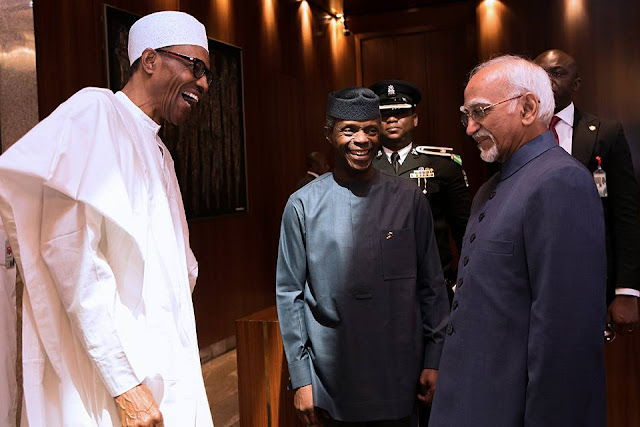 In his remarks, the Indian Vice President said his country, which is the leading buyer of Nigeria’s crude oil, will increase its purchase of the commodity in addition to natural gas.

According to him, the relationship between Nigeria and India is near perfect as both countries ‘‘have nothing to quarrel about’’. 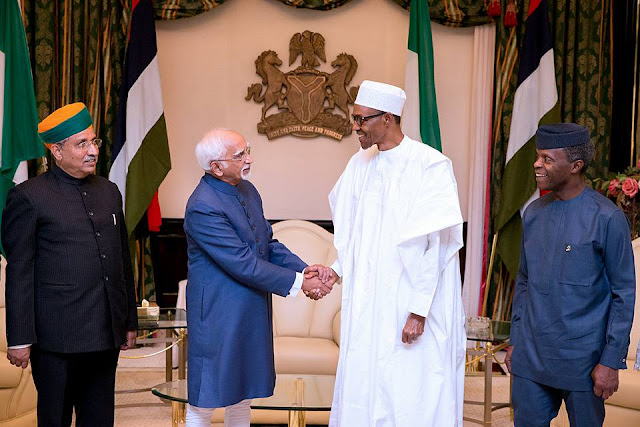 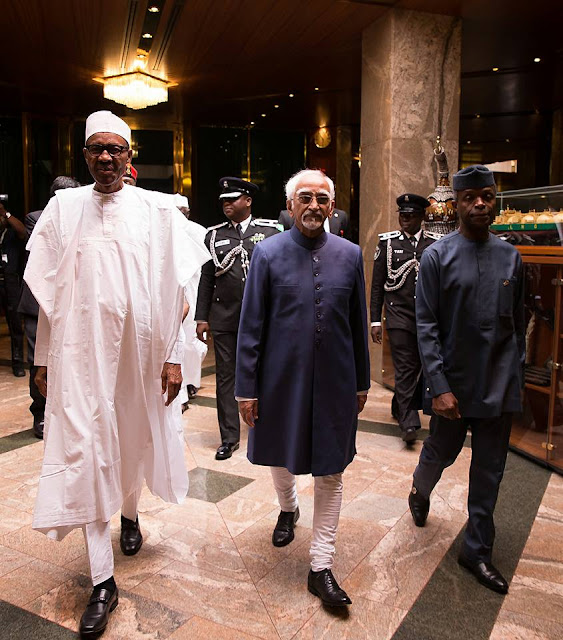 Posted by Unknown at 9:40 pm
Email ThisBlogThis!Share to TwitterShare to FacebookShare to Pinterest
Labels: NationalNews