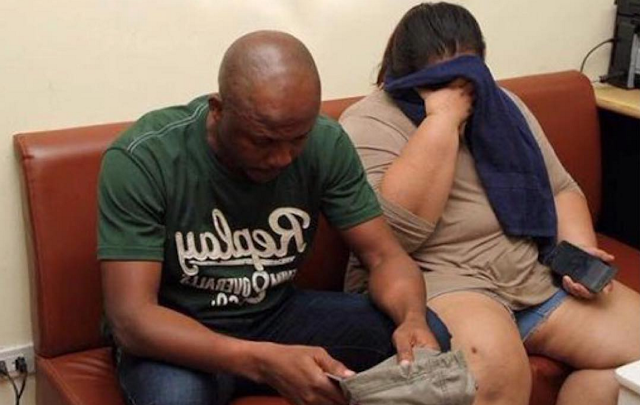 Chinaka Chinedu, with an expired visa, and his wife, Uraporn Kesawatana, were apprehended in Bangkok, for allegedly swindling marriage-seeking Thai women out of 20 million baht (about N180m) via their internet romance scam.

The arrest followed a report from immigration police at Suvarnabhumi airport that many people showed up at the airport to bribe airport police and customs officials and claim parcels containing merchandise and money, which never existed.

Chinedu had picked female victims at chatting websites, claimed to be a good-looking, white well-to-do, developed close ties and proposed marriage. Then he told believers that he had some cargoes stuck at the airport and needed money to bribe airport authorities to get the stuff.

He promised to share income earned from the “cargoes” with victims. The Thai wife then informed victims of bank account numbers and told each to transfer US$30,000-50,000. Uraporn also transferred some money to their accomplices in Malaysia.... to kp body n soul together.

Posted by Unknown at 5:56 pm
Email ThisBlogThis!Share to TwitterShare to FacebookShare to Pinterest
Labels: Crime