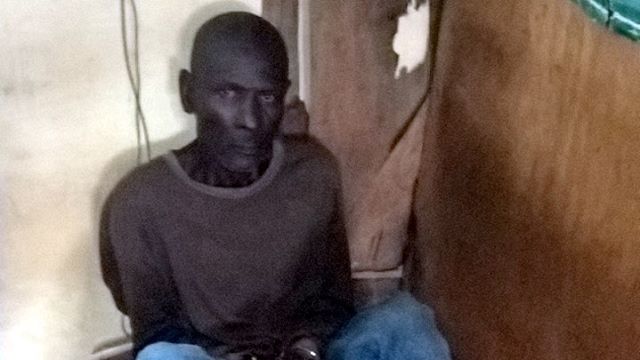 The suspect allegedly ambushed the victim while she was on her way to fetch water and dragged her to an uncompleted building in the Abule Taju area of the town, where he raped her.

The state Police Public Relations Officer, Abimbola Oyeyemi, said the suspect was arrested following a complaint from the mother of the victim.

He said, “The policemen at the station where the case was reported immediately arrested the man. On interrogation, the suspect confessed to the crime.”

Oyeyemi, an Assistant Superintendent of Police, said  the state Commissioner of Police, Ahmed Iliyasu, has ordered the immediate transfer of the case to the Anti-Human Trafficking and Child Labour Unit of the State Criminal Investigation and Intelligence Department for further investigation.

He said the Commissioner of Police also appealed to parents to always be watchful of their children in order to prevent them from becoming victims of people with devilish intentions.

Posted by Lawrencia at 7:55 am
Email ThisBlogThis!Share to TwitterShare to FacebookShare to Pinterest
Labels: Crime