Based on information received from the vigilante group in Anchau, Kubau Local Government Area (LGA), Kaduna State on the activities of some notorious armed bandits and kidnappers around ‘Yar-doka village, in the same LGA, troops of 11 Field Engineer Regiment, 1 Division Nigerian Army carried out raid operations in the area. During the operation, they killed 3 armed bandits and kidnappers, while others escaped with gun shot wounds. The troops recovered 15 Dane guns, 6 locally fabricated pistols, 1 Torchlight pistol, 3 empty cartridge cases and 52 empty shells of 7.62mm (Special) ammunition. 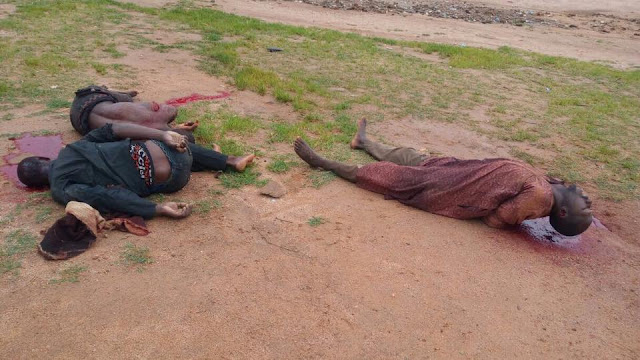 Similarly, following a tip off from some well meaning and patriotic citizens on the activities of a suspected electric cable vandal named Nazir Kazeem of Dankama village, Kaita LGA, Katsina State, troops stormed the area and arrested the suspect on the act, while 2 of his accomplices escaped.

Posted by Lawrencia at 10:35 am
Email ThisBlogThis!Share to TwitterShare to FacebookShare to Pinterest
Labels: NationalNews