Why We Are Fighting Corruption Headlong - President Buhari 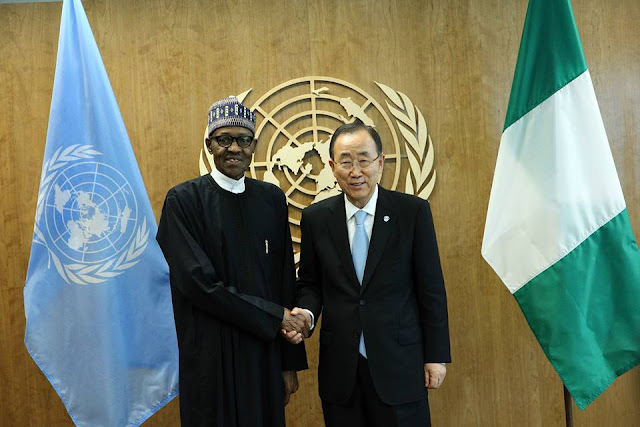 President Muhammadu Buhari has explained that his administration is fighting the scourge of corruption headlong because it contributes to the denial of the resources required for development.

Speaking in New York at the High-Level Meeting of the United Nations General Assembly to commemorate the 30th anniversary of the Declaration on the Right to Development, the President called on development partners to also up the fight against corruption by returning ill-gotten financial assets and halting future illicit financial flows to their countries.

According to the Nigerian leader, such collective action “will guarantee a stronger international defence of the right to development.”

He notes further that illicit financial assets stashed abroad deprive developing countries including Nigeria, and invariably deny people the enjoyment of their national wealth and resources needed for development. He cautioned that non-repatriation of illicit financial assets could impinge on the determination of States to achieve an all-inclusive 2030 sustainable development.

President Buhari therefore called on the United Nations “to remain vocal and active in addressing the negative impact of non-repatriation of illicit financial assets on their countries of origin,” adding that “as soon as stolen assets are legally established, they should swiftly be repatriated.”

The President, while welcoming the commemoration of three decades of the Declaration on the Right to Development, which he observed, coincides with the first anniversary of the adoption of the 2030 Agenda for Sustainable Development, said “it reminds us all of the essence of development and provides us with the opportunity to reaffirm commitments to converting this right into the policies and operational activities of relevant actors at the national, regional and international levels.”

President Buhari said that as a developing country, Nigeria considers the Right to Development an inalienable right of fundamental importance, stressing that at the national level, his administration has been making strenuous efforts to ensure that the right to development is at the centre of all development initiatives.

While reaffirming Nigeria’s commitment to the UN Charter and other international conventions that uphold the Right to Development, he also drew the attention of the international community to the urgent need to address the lop-sided terms of trade between Developed and Developing Countries which have impacted negatively on the capacity of many Developing Countries to embark on development programmes for the benefit of their peoples.

“Nigeria is convinced that the Right to Development is a shared responsibility considering the growing inequality and poverty resulting from climate change impact, natural disasters, violent extremism, social unrest and deprivation,” the President said.

“The Right to Development must be promoted and protected like all other rights. Its universality and interdependence are indisputable,” he declared.

Posted by Unknown at 10:00 am
Email ThisBlogThis!Share to TwitterShare to FacebookShare to Pinterest
Labels: NationalNews