"You Bathed In The Blood Of Biafrans, Stripped Away Their Dignity And Self-Respect Just To Keep Nigeria One - Femi Fani-Kayode To Buhari 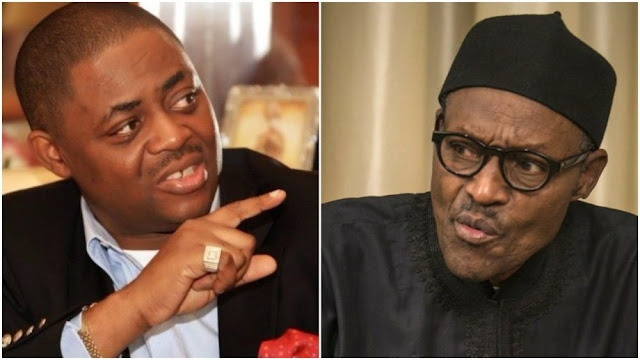 "You bathed in the blood of Biafrans, you crushed their bones and stripped away their dignity and self-respect just to keep Nigeria one.

Now you say their children have no right to ask for self-determination simply because you killed their fathers and mothers during the war and shattered their dreams.

Shame on you. If Nigeria was a normal country by now you would have been at the ICC answering charges of genocide and crimes against humanity at the Hague instead of being President.

If you want the Igbo or any other southerner to stay and if u want Nigeria to remain one then treat us all as equals, offer our children and our people equal opportunities and a public apology and pay full compensation for all the atrocities that you, your people and your forefathers have committed against the people of the south and the northern minorities over the last two hundred years.

In addition to that you must defeat, destroy and dismantle Boko Haram, decommission your Fulani militias and herdsmen and put a stop to the marginalisation, threats, genocide, ethnic cleansing and mass murder of our people.

It is after you have done all these things that you can make an appeal to us for the continued unity of Nigeria.

Outside of that the Nigerian baby you are carrying and saying that you killed and died for during the civil war is already dead. It is only waiting to be buried

Posted by Lawrencia at 7:54 am
Email ThisBlogThis!Share to TwitterShare to FacebookShare to Pinterest
Labels: NationalNews