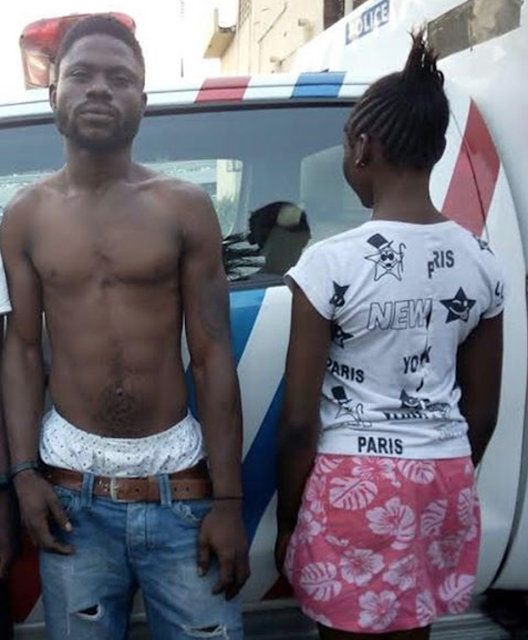 The police in Lagos State have arrested a tricycle rider, Dada Azeez, for allegedly abducting a 15-year-old girl, Jumoke (pseudonym), and turning her into a sex slave in the Agege area of the state.

It was learnt that the suspect abducted the victim on October 5, while she was running an errand for her sister.

He allegedly took her to a single-room apartment where he sexually assaulted her till October 21, when operatives of the Rapid Response Squad rescued the victim.

Punch learnt that Jumoke’s sister, one Mrs. Gbemisola, reported the case to the RRS, informing the police that the victim was abducted with a sum of N58,000 meant for her thrift contribution.

The suspect, after lodging in several locations to evade arrest, was reportedly nabbed on Oseni Street, in the Danjuma Cinema area, Agege, with Jumoke in the apartment.

Azeez, 28, reportedly confessed to the crime, saying he had been dating Jumoke since she was 14 years old.

He said, “We started having an affair about a year ago. But her sister frowned at the relationship.

“I was able to perpetrate the crime when her sister sent her on an errand on that Sunday. However, I didn’t know she was with any money. I just wanted to take her far away from her sister for not supporting our relationship.”

Jumoke said the suspect deflowered and turned her to a sex slave.

She said, “He forced himself on me the very first day I visited him at his residence. Since then, he had been raping me without using a condom.

“He raped me everywhere and even at his friends’ place where he hid me for weeks. I succumbed to him because I couldn’t go back home.”

The state Police Public Relations Officer, SP Dolapo Badmos, confirmed the incident, urging parents and guardians to monitor  their children and the company they keep.