"Always Believe That You Can Create Something For Yourself, Don't Be One Of Those Waiting For Government" - AY 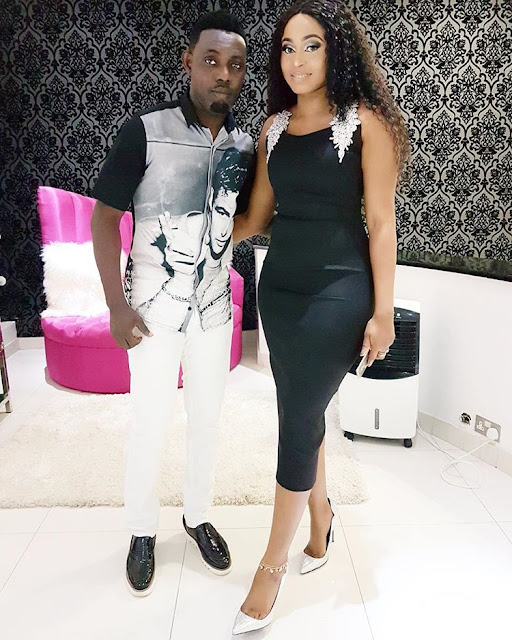 FROM HUMBLE beginnings, comedian turned actor and movie producer, Ay (Ayo Makun) has risen to the top of his game. AY is not just your every day run- off-the mill comedian, he is also a successful entrepreneur and moviemaker.

Today he has built himself into one of the most bankable brands in comedy. Thanks to his talent hunt show and his annual comedy show which has discovered and empowered legions of comedians.

In 2013, AY opened a new frontier in his career with the release of his debut movie production effort, 30 Days in At- lanta, a blockbuster that grossed over N300m at the box office and eventually earned him a Guin- ness Book of World Record. Not done, AY is back with a new flick entitled A Trip to Jamaica which premiered last weekend at IMAX Cinemas, Lekki, Lagos.

Entertainer caught up with the rib cracker during the premiere of the movie which attracted the crème de la crème of the motion picture industry and AY opened up on his biggest regret, ever describing his wife, Mabel, as his pillar.

“The only regret I have which makes me sad every morning when I wake up is that my mother who was always there for me, praying, supporting and wishing for her son to become somebody in life is not here to enjoy my wealth with me. That is the only thing that bothers me. I wish she was here to share my story with me and see what her son has become.”

My wife my pillar

However, he says that his wife, Mabel, has seamlessly filled the vacuum describing her as his pillar. Hear him: “I have a very wonderful woman. I call her a gift from heaven. She is my pillar. The one behind me, she is the real AY, she is Mabel Makun.”

30 Days in Atlanta not only grossed N300m, it also won him a place in the Guinness Book of World Records. How does he feel? “I feel good,” he says breaking into James Brown’s classic, I
Feel Good. “It is a plus for my brand so I will continue to work so that we can take it to another level,” AY says beaming with smiles.

Are you a youth out there facing harsh times due to the economic down turn? AY has a word for you. Hear him: “Always believe that you can create something for yourself, believe that you can make things happen. I am not one of those waiting for govern- ment to do things for me. I always think of what I can do to survive and that is the message I preach to younger people especially those who look up to me.

“I always share my secret with them which is be yourself, do something for yourself and try to create an impact. Don’t go into it because people are going into it and making money. Let your passion be well expressed and trust me, every other thing will follow.”

A Trip to Jamaica

30 days in Atlanta was a resounding success. What are his fears concerning his latest effort, A Trip to Jamaica? A smile is etched on his visage as he responds oozing confidence: “Records are meant to be broken. If someone else is coming to break it, it means it is that person’s time. If I am coming back to break it, it means that I am still in business so I I am not afraid of anything because I love what I am doing.”

Considering his background growing up as a poor and deprived kid. Did he see success coming when he started out years back? “I can’t say that I saw all of this coming. But I was hopeful at the time that my story was going to change. It feels good knowing that the struggle from where I came from and where I am now has been quite encouraging but I believe I haven’t even got to any where yet. But where I am is a good zone and I believe it will take me to another zone.”

AY clocked 45 recently. How does it feel? “Do I look 45? I am just 28,” he says jocularly as he laughs. “It feels good. Turning 45 gives me that sense of respon- sibility that I have come of age because I am a full grown man now. Truth is I feel younger than my age.”

Posted by Unknown at 11:10 am
Email ThisBlogThis!Share to TwitterShare to FacebookShare to Pinterest
Labels: Gists