Despite All I’ve Been Through, Because I Am Blessed, I Have A Child –Tiwa Savage 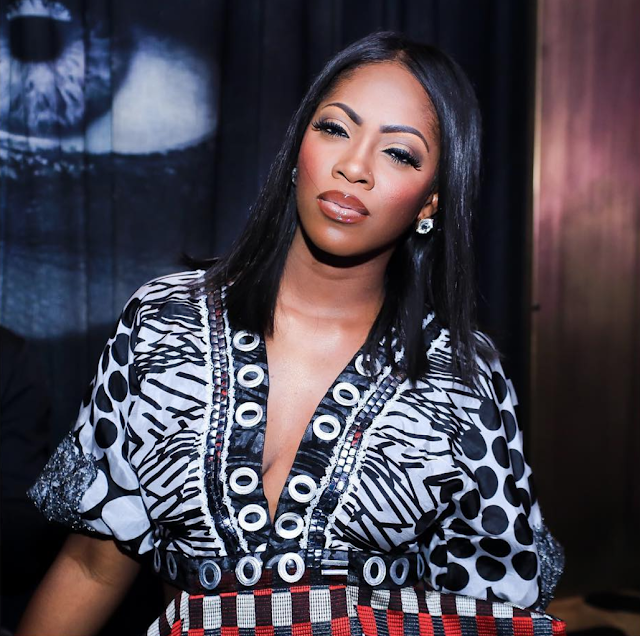 Mavin’s first lady, Tiwa Savage, got so many mouths agape when she got an international deal so many of her colleagues only fantasise about.  The singer recently signed an international deal with Jay Z’s Roc Nation Records and some people began to insinuate that the deal might tear Mavin apart just as such deal allegedly tore apart Mo’hit Records which was then run by D’banj and Don Jazzy.

But then, the singer said she wasn’t going to let such apprehension affect the advancement of her career even as she claimed she wouldn’t know what caused the rift between D’banj and Don Jazzy.

“I really don’t think the international deal was what broke Mo’Hits. I would not like to think that and I don’t think any of us can really talk about that issue because it is only the two of them that really know what happened between them. For me, this is a blessing and I would not allow something that happened before to make me nervous. Maybe this is a way for us to get a second chance as Nigerian artistes and second chances rarely happen,” she said.

The singer who has been through the eye of the storm due to her recent marriage crisis told Saturday Beats that despite everything that has happened in her life, she is still happy.

“I am very happy, I am blessed. I have a child and I have no reason why I should not be happy. I have a beautiful, healthy son and a loving family. My career is getting stronger by the day. I just signed an international deal, why shouldn’t I be happy?

Posted by Unknown at 9:20 am
Email ThisBlogThis!Share to TwitterShare to FacebookShare to Pinterest
Labels: Gists