Domestic Staff Steals Employer's £40,000 To Help Parents Out Of Poverty And Build House In the Village 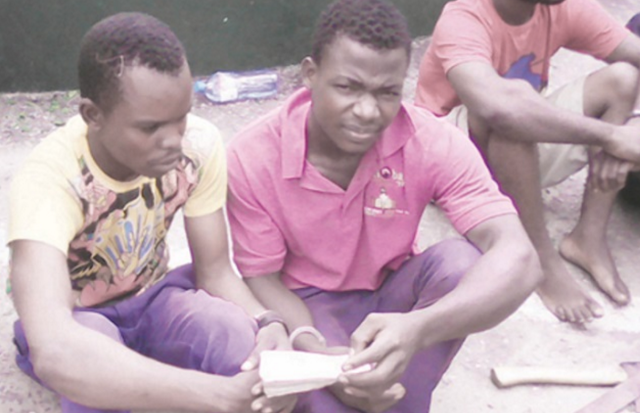 A 24-year-old domestic servant, Samuel Ugbem, has been arrested by the Lagos State Police Command for allegedly stealing £40,000 belonging to his master, Ajadi Babatunde, which he handed over to his parents to help them out of poverty Vanguard Newspaper reports.

Ugbem was arrested alongside his younger brother, Monday, with whom he hatched the plan to rob his boss of the amount at his residence on Dipo Oyewole Street, Magodo GRA.

The prime suspect, it was gathered, had reportedly invited his younger brother to his boss’ house shortly after Babatunde arrived the country from a foreign trip.

He then stole the huge amount of money and gave the brother who fled the house to Ikorodu where the money was shared with other family members including his in-law.

Confessing to the theft, Samuel said he was not happy with his parent's plight and wanted to help them with the stolen money.

“When my boss came back with a lot of money from his trip, I invited my younger brother over, with the intention of stealing some of the money and handing it over to him to take to our parents, who are suffering.

I gave him 40,000 Pounds, which he kept with my brother-in-law to keep for us until we are ready to use it.

When my boss discovered the missing money, he asked me about it and I denied taking it. But my boss’ brother came and begged me to say the truth that part of the money would be given to me.

Because stealing is not in my blood, I opened up to him that I was the one that took the money with the help of my brother. I also told him where the money was."

"When we gave the money to my sister, I told her to keep it without telling anyone but she told her husband, who divided the money into two and ran away with half."

The State Police Public Relations Officer (PPRO), SP Dolapo Badmos, has confirmed the incident, adding that the suspects would soon be charged to court for theft.

Posted by Unknown at 8:39 pm
Email ThisBlogThis!Share to TwitterShare to FacebookShare to Pinterest
Labels: Crime