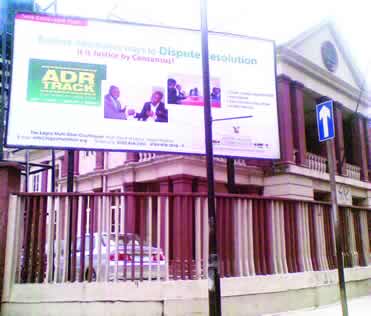 The police in Lagos have arrested a 25-year-old woman, Joy Okeke, after her boyfriend, Ofoagbu Ekene, reportedly diverted 40,000 litres of diesel worth N7.2m and fled.

Okeke was apprehended along with a teacher, Lukman Kelani, who was said to have stood as a guarantor of the fleeing suspect at Northbridge Oil, which employed him as a driver.

Punch learnt that the company had sent Ekene to deliver the fuel at a filling station in Port Harcourt, Rivers State, on October 1.

It was gathered that the company became worried two days after when the filling station that was supposed to receive the fuel called that it was still being awaited.

After a futile attempt to reach Ekene, the company was said to have reported the matter to the police, which eventually recovered the company’s empty tanker at Aba, Anambra State.

The police subsequently traced Ekene to his residence in the Ibeju Lekki area of Lagos on October 5 and picked his girlfriend up. The woman was said to have led the operatives to the guarantor’s house.

The girlfriend told the police that she was at home together with Ekene on October 1 when he received a call from the company to embark on a trip to Port Harcourt.

She said, “We have been together for four months now. I only know he hails from Abia State. I don’t know any of his family. We were at home on that day when he was called from the office to take fuel to Port Harcourt. He called me two days after, requesting that I send him recharge cards which I did. He said the vehicle he travelled in was faulty.

“I was surprised when I was told by the police that he diverted the fuel and fled.”

Kelani, the guarantor, said Okeke, who is her church member and a colleague, persuaded him to vouch for Ekene when the company wanted to employ him.

The 35-year-old teacher, who hails from Ogun State, added that the last time he heard from Ekene was September 24, when he (Ekene) congratulated him on the telephone on the birth of his new born baby.

He said, “I stood as his guarantor because of the relationship between his lover and me. We attend the same church and teach in the same school. The last time we spoke was on the telephone. My wife just gave birth and Ekene called to congratulate us. I don’t know his whereabouts.”

The police, however, said the duo had refused to give useful information to trail the prime suspect and consequently arraigned them on Tuesday in a Tinubu Magistrate’s Court on one count of perversion of justice.

The charge read, “That you, Lukman Kelani, Joy Okeke, and others at large, on October 5, 2016, at about 10am, at the Elemoro Police Station, in the Lagos Magisterial District, conspired among yourselves to obstruct, prevent, pervert or defeat the cause of justice by refusing to give the police any useful information about one Ofoagbu Ekene, who you (Kelani) signed for as a guarantor to enable him to secure a driving job at Northbridge Oil and having secured the job, he stole 40,000 litres of diesel valued at N7,280,000 property of Northbridge Oil, abandoned the truck in Anambra State and ran away.”

The police prosecutor, Inspector Philip Osijale, told the court that the offence contravened Section 97 of the Criminal Law of Lagos State, 2011.

The defendants, however, pleaded not guilty to the count.

The presiding magistrate, Mrs. M.B. Folami, granted them bail in the sum of N2m each with two sureties each in like sum.

Folami added that the sureties must relate to the defendants by blood and deposit N500,000 each to the account of the chief registrar.

The defendants were remanded in prison custody pending when their bail conditions would be perfected while the case was adjourned till November 21, 2016.

Posted by Unknown at 9:56 am
Email ThisBlogThis!Share to TwitterShare to FacebookShare to Pinterest
Labels: Crime