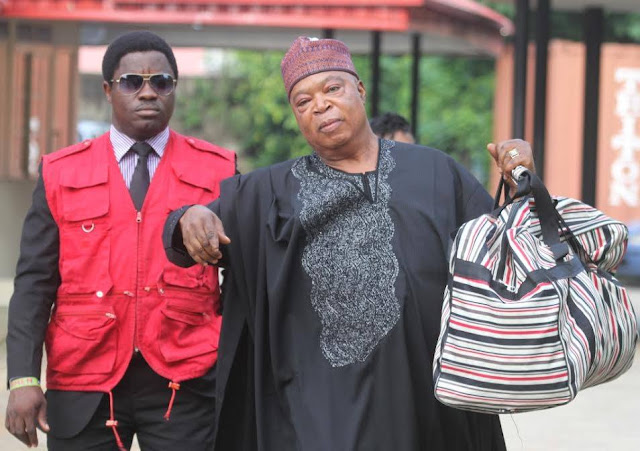 The Economic and Financial Crimes Commission, EFCC, on Monday, October 24, 2016 arraigned one Sunday Evbodaghe and his company, Sunnivik Rivera Nigeria Limited, before Justice Oluwatoyin Ipaye of the Lagos State High Court on a 4-count charge of stealing, forgery and obtaining by false pretence.

Evbodaghe allegedly collected the sum of N229million from Lagos Free Trade Zone sometime in 2015, for the purpose of converting same to United State Dollars which at the time amounted to $1million at the rate of N229.00 (two hundred naira) to a dollar.
After collecting the money, the accused person refused to remit the dollar equivalent as agreed.

Investigation into the matter, among other things revealed that, the account statement of Sunnivik Rivera Nigeria Limited, the company where the money was allegedly paid to received a total sum of N229million in two tranches - August 25 and 26, 2016 respectively.

One of the counts reads:

“That you, Sunday Evbodaghe and Sunnivik Rivera Nigeria Limited, sometimes in 2015 at Lagos within the Judicial Division of this Honourable Court attempted to obtain the sum of N229,000,000 (Two Hundred and Twenty Nine Million Naira Only) from Lagos Free Trade Zone Company by falsely representing that about $1,000,000 (One Million United State Dollars) equivalent had been paid to one Munir Abiodun Alao and Nnamdi which representation you knew to be false and thereby committed an offence contrary to Section 5(2), 8(b) and 1(3) of the Advance Fee Fraud and Other Related Offences Act No. 14, 2006.”

The accused persons pleaded not guilty to the charge preferred against them.

Following their pleas, counsel to EFCC, Adebayo Aliyu, urged the court to fix a date for trial and also asked that the accused be remanded in prison custody pending trial.

However, Evbodaghe’s counsel, Lanre Ogunlesi, SAN, told the court that he had a pending application asking for the bail of his client
Consequently, Justice Ipaye adjourned to October 26, 2016 for hearing of bail application and ordered that the accused be remanded in Ikoyi prison.

Posted by Unknown at 10:37 pm
Email ThisBlogThis!Share to TwitterShare to FacebookShare to Pinterest
Labels: Crime