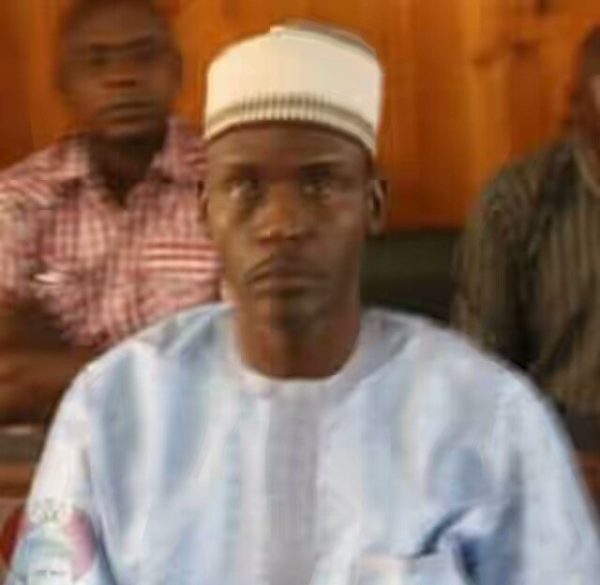 The EFCC on 6th October 2016, secured a conviction of Ibrahim Buba Gayius, the former local government boss and chief accounting officer of Hong local government council Adamawa State, before Justice B. B Aliyu of Federal High Court, Yola, on 10 count charge bordering on conspiracy, embezzlement and diversion of public funds, Fraud and abuse of office to the tune of forty one million, one hundred thousand naira (N41.1m)

Gayius was earlier arraigned on March 2015 before Justice Aliyu, for alleged collection of Fifty million naira (N50m) agric loan on behalf of the members of the staff of the council but instead, he gave out less than ten million (N10m) to them and diverted the remaining amount for his personal use.

One of the charge reads, that you Ibrahim Buba Gayius, being the former chairman, and chief accounting officer of Hong local government council Adamawa State, and in such capacity sometimes between December 2009 and January 2010 in Hong local government council Adamawa State, within the jurisdiction of this Court, Federal High Court of Nigeria, did transfer and spend nineteen million naira (N19m) funds made of agric loan for the local government staff to another unapproved project of drilling machine and thereby committed an offence punishable under section 22 (4) of the corrupt practices and Other Related Offences Act, 2000.

Justice Aliyu, after consideration of the weight of the offence convicted and sentenced the convict to seven years imprisonment on each of the ten count charge and the sentence to run concurrently.

The prosecution counsel Israel Akande prayed the Court for the convict to restitute the money back to the council which Court granted and ordered the convict for the restitution of thirty eight million, four hundred and twenty thousand, two hundred naira (N38,420,000.000) back to Hong local government council. #jailed. #EFCC. #Fraud

Posted by Unknown at 10:44 am
Email ThisBlogThis!Share to TwitterShare to FacebookShare to Pinterest
Labels: Crime