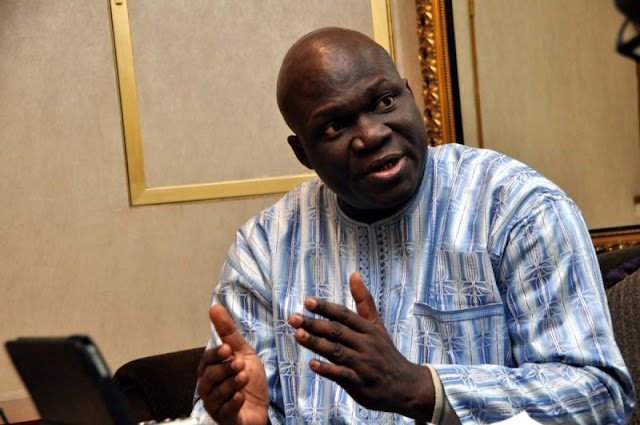 A former presidential spokesperson, Reuben Abati, has been arrested. Mr. Abati, who was spokesperson to ex-President Goodluck Jonathan was arrested on Monday and is expected to spend at least Monday night at the office of the anti-graft agency, EFCC.

The journalist is being questioned for allegedly receiving some money from former National Security Adviser, Sambo Dasuki, EFCC sources told PREMIUM TIMES. Mr. Dasuki is currently being tried by the EFCC for his management of arms funds under him , in what is now known as #Dasukigate.

Mr. Abati’s arrest makes it at least three former aides of Mr. Jonathan who are currently in EFCC custody. A former Minister of State for Defence, Musiliu Obanikoro, is still with the commission since last week Monday when he voluntarily surrendered himself after staying months away from the country.

Femi Fani-Kayode, a former Jonathan campaign spokesperson, was arrested on Friday and is still with the commission.

Posted by Unknown at 11:21 pm
Email ThisBlogThis!Share to TwitterShare to FacebookShare to Pinterest
Labels: NationalNews