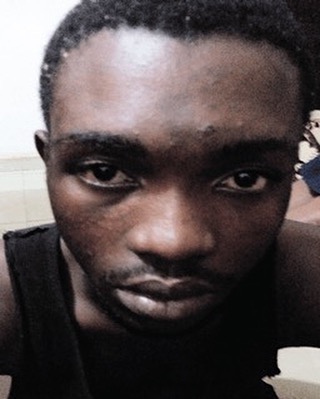 When 22-year-old Mr. Samuel Sunday walked into the Living Faith Church, popularly known as ‘Winners Chapel,’ located at Sango-Otta, Ogun State, last week Sunday, many thought he came to worship God. Nobody knew he came into the worship centre to steal a car. Thus, while others were singing and praising God, Sunday was frantically searching for the perfect vehicle to steal.

The owner, apparently in a hurry, left the gate pass in the car. The hunter crowed joyfully. He had successfully broken into the car and was struggling to undo the security device of the car, in order to turn on the ignition, when a woman sighted and watched him. When he noticed the woman, he smiled sheepishly, grimaced at himself and said: “I have lost my car key.” He didn’t know the woman was the owner of the car. Needless to say, Sunday was whisked away by policemen from Obasanjo Police Station, Ogun State.

After his arrest, Sunday blamed everything on his action, including his father’s early demise and devil. The police said: “Sunday broke one of the rear glasses of the SUV and forced himself into the driver’s seat. He was battling with the security device in the vehicle, when he was discovered.”

The owner of the car, who refused to give her name, said: “It happened last week Sunday. We had just finished the fourth service and decided to eat at the restaurant. We were still at the restaurant, when one of our neighbours called that we should wait for him. He said he wanted to drive home with us. I told one of my daughters to go and wait for our neighbour at the point we parked our car. When she got there, she saw the young man and rushed back to tell us.”

The woman continued: “Initially, the suspect didn’t know that the vehicle was ours. He told us that heowned the vehicle and that he had lost his key.” Sunday, who claimed to be 19-year-old and later 22, described himself as a gospel singer. He also described himself as an undergraduate and a driver. He said: “I don t know what came over me. I wanted to take the vehicle home. It has been long I left home. I’m behaving this way because my father died when I was very young.

I have not gone to my mother’s house in Lamgbasa, Ajah for some time. I have been staying with my nephew. I wanted to go back home with the vehicle.” A police source at Obasanjo Police Station, said: “The suspect is a car thief ! We recovered wraps of Indian hemp from him. He went to the church just for the purpose of stealing a car from the park.

We found out that he had moved round the parking lot before he finally saw the SUV. The owner left the gate pass inside the vehicle. He wouldn’t have been allowed to drive the vehicle out of the premises without the gate pass.

Posted by Lawrencia at 8:21 am
Email ThisBlogThis!Share to TwitterShare to FacebookShare to Pinterest
Labels: Crime