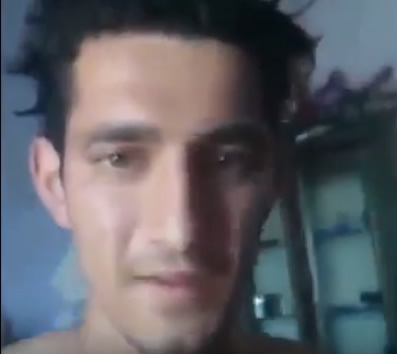 A heartbroken Turkish man shot himself dead live on Facebook in a moment watched by more than five hundred thousand people.

Erdogan Ceren, 22, in a live broadcast before the shooting on his Facebook public page explained to the camera that he had been driven to suicide by the break up of his relationship and appeared distressed.

According to the Turkish media, Bugunum, Caren later died in the hospital because relatives heard the noise, found him and rushed him to the hospital.

Before that moment, Caren had posted several messages on his Facebook page saying he was ‘heart broken’.

As the video was live, he was bombarded with comments from people appealing to him not to shoot himself.

Erdogan who appeared very distressed in the clip pointed the gun at his chest and said, “No one believed when I said I will kill myself – so watch this.”

Posted by Unknown at 9:34 pm
Email ThisBlogThis!Share to TwitterShare to FacebookShare to Pinterest
Labels: InternationalNews