In Aisha Buhari, I Could See A Woman Who Is Simply Crying Out For Help Because Nigeria Is Under Siege By The Cabal 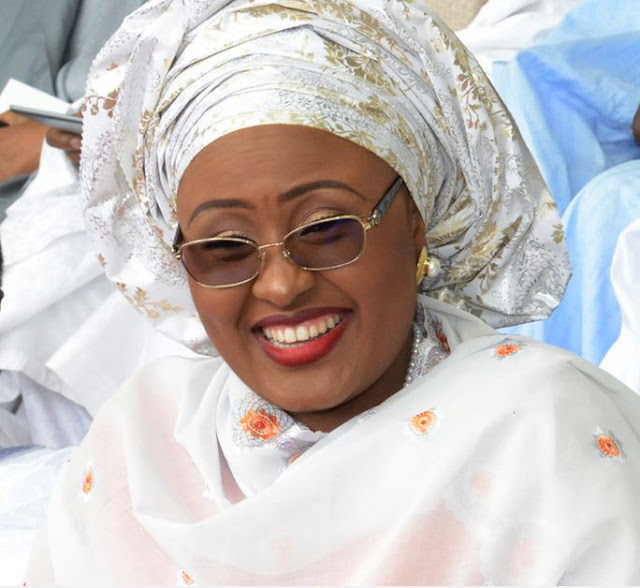 Guys, you must have read or heard by now our President’s answer when he was asked in the presence of other world leaders, in far away Germany, which party his wife, Aisha belongs to. He gave a classic “Aboki” answer, “I don’t know what political party she belongs to but all I know is that she belongs to my kitchen, my room and other rooms”  whaaaat??!!!

My people, how many of una hear or read Aisha Buharis BBC interview. In that interview I could see a woman who has considered all her options and all consequences and is simply crying out for help because domestically things are perhaps not peaceful or that her husband’s power and authority has been hijacked by the treacherous cabals who insist on making some of our Presidents (past and present)a mere figure head. The same cabal hijacked Goodluck Jonathan administration, an easy going man who was never wired for treachery and evil, in fact that one personally confessed to me himself that he is under siege by the Cabal.

As far as I’m concerned if Buhari is not in charge, then who the heck is in charge of this derailing ship called Nigeria.

I know that it is very lonely at the top. If you’re a family man, you know how easy or difficult it is in running your family how much more a country/nation as big as Nigeria.

Our leaders know they are ultimately responsible for the lives and fortunes of the people and If they fail, many of us will get poorer, suffer and die for nothing. They often deny the burdens and loneliness of leadership, thereby becoming incapable of facing reality, they tune down their inner voice, because it is too painful to confront or even acknowledge it; it may, however, appear in their dreams as they try to resolve conflicts rustling around inside their heads, cabinet or homes, therefore , their work and function derails and personal lives get out of balance. They lose touch with those closest to them̬ like their spouses, children, and best friends who can no longer synchronise their points of view and they eventually  lose their capacity to think logically about important issues. Long and short, the country and its people suffer, especially the poor masses. My people, look at Us now. Hummmmm!!!

I dont believe that our First Lady, Aisha is crazy, unhinged or trying to sabotage her husband’s efforts, rather I see her as a woman who is frustrated in trying to communicate with her husband, a woman who probably havent had any lately in decades, a woman who is sick and tired of all the male macho bullshit and above all very afraid of these treacherous, vile and evil Cabal whose plans are not in the country’s best interest. She may have her game going. Who knows. For the First Lady to say all that she said understanding the consequences living with the kinda man who wouldn’t really mind confining her to the kitchen, is very noble and courageous. My people can this explain the confusion in Aso Rock today or the inaction/insensitivities of Buhari’s government towards us, the people? The bad spirits have taken over, Holy Ghost Fire!!!!!!!!

I didn’t vote in the last election because the choice of candidates was wrong, it was like being between the devil and the deep blue sea. And I have always said that what Nigeria/Nigerians need now, is a benevolent dictator who can arrest these cabals and for once have a leadership that thinks about Us, the People.

The divisive tactics of the Cabal is legendary. They are egotistical sleazy riffraffs who can never comprehend the concept of leadership, service to the people. They are blinded by their greed and the evil that dwells in their hearts.

From where I stand, I feel the Cabal have succeeded in overpowering our President, hence, Aisha’s cry for help. And it doesn’t make it any easier when the person in question has a mungo park mentality. Kai wahala dey.

My people what do we do? how can we help to get our oga to see our predicament and take immediate action to rescue our future?. Nigerians are no longer happy, they are hungry and angry. God ain’t going to send down manna from heaven so forget about night vigil and your pastors, it is our call to face this monster or we will all die one after another before our time.

Any suggestions is permitted because this doesn’t look good at all.

I don talk my own.

Posted by Unknown at 4:05 pm
Email ThisBlogThis!Share to TwitterShare to FacebookShare to Pinterest
Labels: NationalNews