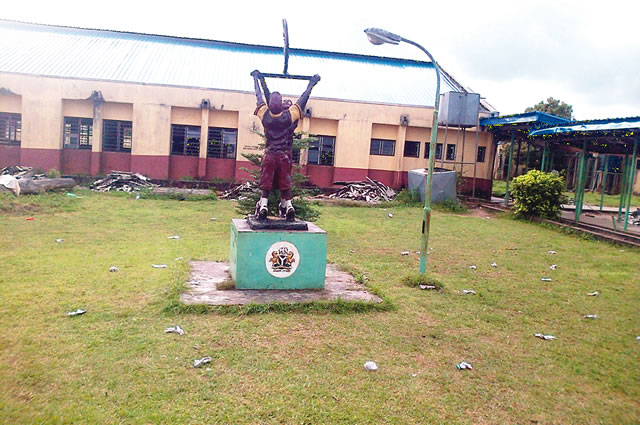 As four pupils, a teacher and a vice-principal of Lagos Junior Model College, Igbonla, Epe, Lagos State, spend five days in captivity, the kidnappers have given their families 48 hours to pay the ransoms placed on them.

This is just as the abductors told the families on Monday that the health condition of the schoolboy, reported to be sick, had worsened. Punch learnt that the ransoms demanded for the six victims had also been reduced to N6m.

The attackers, said to be five gunmen and a woman, had last Thursday, at about 8am, invaded the school during the morning prayers.

The abductors reportedly shot into the air before making away with the pupils, identified as Isaac Adebisi, Okonkwo Emmanuel, Abu and Jeremiah; the English Language/Civic Education teacher, Lukman Oyerinde, and the VP, A.O. Oyesola.

Our correspondent had also reported that the kidnappers, who were still believed to be within the Epe area, got across to the families of the victims on the following day and demanded N5m for each of them.

The gunmen were said to have also fired a warning shot while conversing with the families on the telephone as the families reportedly begged, promising to pay the ransoms.

It was also reported on Monday that one of the schoolboys fell sick in the kidnappers’ hideout, as the attackers warned the families to hurry on the payment of the ransoms.

The kidnappers, who reportedly told the family of the affected schoolboy that they had administered treatment to him, later reduced the ransom to N3.5m for each of the victims.

By Monday, the ransom was reportedly reduced to N1m for each of the victims.

A source said the kidnappers gave them a 48-hour ultimatum to pay, as the condition of the sick schoolboy had worsened.

He said, “The men called on Monday and said they gave the family till Wednesday to pay the ransom. While the family members begged them, the kidnappers let them realise that the health of the boy had worsened, but they would not release him without a good ransom. They had come down from N3.5m to N1m ransom.

“The boy’s family has been able to raise some money and they were begging the gunmen to accept what they had. I hope the kidnappers will have mercy and consider the condition of the sick pupil, and let him go.”

Another source, close to the family of one of the victims, told PUNCH Metro that the family members had raised three-quarter of the ransom, adding that the money was not sourced from the government.

She said, “It is true that they called to warn the parents that the boy’s health is deteriorating. They told them to bring the ransom before Wednesday. The family has been able to raise three-quarter of the money. They are rallying round for the remaining sum. Nobody from any quarters is assisting them to raise the ransom. They are begging the kidnappers and trying to meet the deadline.”

The Lagos State Police Public Relations Officer, SP Dolapo Badmos, said in a text message on Monday that rescue operation was in progress.