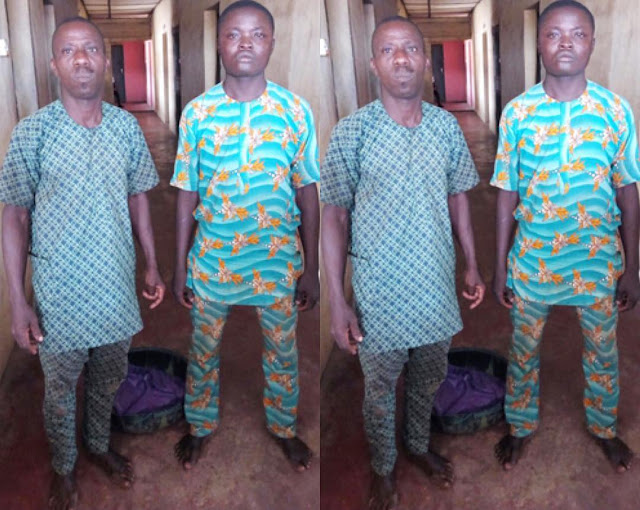 The Ogun State Police Command says it has arrested a man, Wole Oke, 38, and his friend Wasiu Adesina, 30, for being  in possession of human parts . The duo were arrested at Ijebu, Idi-aro area of Abeokuta while policemen attached to Oke Itoku Division, led by the DPO, CSP Abeni Farinre, were on patrol.

The Police Public Relations in the state,  Abimbola  Oyeyemi, in a statement, said the suspects   took to their heels with a leather bag on sighting policemen and they were hotly chased and arrested. He said: “On searching the bag with them, it was discovered that it contained human bones. On interrogation, one of the suspects, Wole Oke, confessed that they were the bones of his sister who died four years ago.

“He further stated that  one herbalist  sent him to go and bring it for money ritual purpose.

“The Commissioner of Police  in the state, Ahmed Iliyasu, has ordered the transfer of the suspects to the state Criminal Investigation  and Intelligence Department for further investigation. He also directed that the herbalist mentioned  be arrested without further delay.