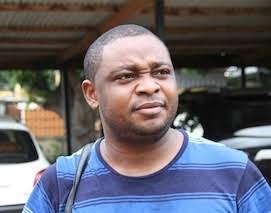 Justice Joyce Abudmalik of the Federal High Court, sitting in Ibadan Oyo State, Thursday, 6th October convicted one Ademola Oni, a former banker with the Wema Bank, and sentenced him to twelve years imprisonment for conspiracy and money laundering. The court also rules that he forfeits all his properties and cash in various banks as proceeds of the crime.

The journey to prison started for Ademola when he was arraigned by the EFCC alongside six former officials of the CBN and fifteen others from different Commercial banks in an alleged case of conspiracy and money laundering.

The bankers allegedly conspire to steal and conceal mutilated and defaced local currency amounting to eight billion naira (N8bn) from the Central Bank of Nigeria. Ademola, who was the 4th defendant in the matter, however, opted for a change of plea and entered into a plea bargain agreement with the prosecuting counsel.

At the resumed hearing Thursday, 6th October, before Justice Abdulmalik, the prosecuting counsel, Adeniyi Adebisi presented the perfected agreement and an amended charge to the court against him. Ademola pleaded guilty to 5 of the 24 amended count charges brought against him.

Justice Abudmalik convicted him and sentenced him to two and half years on each of the five counts accordingly. The sentences are to run concurrently One of the Count reads that you Oni Ademola Dolapo between 2010 and May 2011 in Ibadan, within the jurisdiction of this Honourable Court did collaborate with Kolawole Babalola, Olaniran Muniru Adeola, Toogun Kayode Philip, Afolabi Esther Olunike, Ademola Ebenezer Adewale and Omotosho Abimbola to conceal the genuine nature of an aggregate sum of N1, 391,280,190.00(One billion, three hundred and ninety one million, Two hundred and eighty thousand, one hundred and ninety naira) which sum was illegally derived from the Central Bank of Nigeria, to wit: by inducing the Central Bank of Nigeria to deliver the said sum to WEMA Bank Plc as against the actual sum of N338, 719, 810. 00 (Three hundred and Twenty eight million, seven hundred and nineteen thousand, eight hundred and ten naira) and thereby committed an offence punishable under section 14 (1) (b) of the Money Laundering (Prohibition) Act, 2004.#fraudulentbanker. #Fraud #EFCC

Posted by Unknown at 6:50 pm
Email ThisBlogThis!Share to TwitterShare to FacebookShare to Pinterest
Labels: Crime