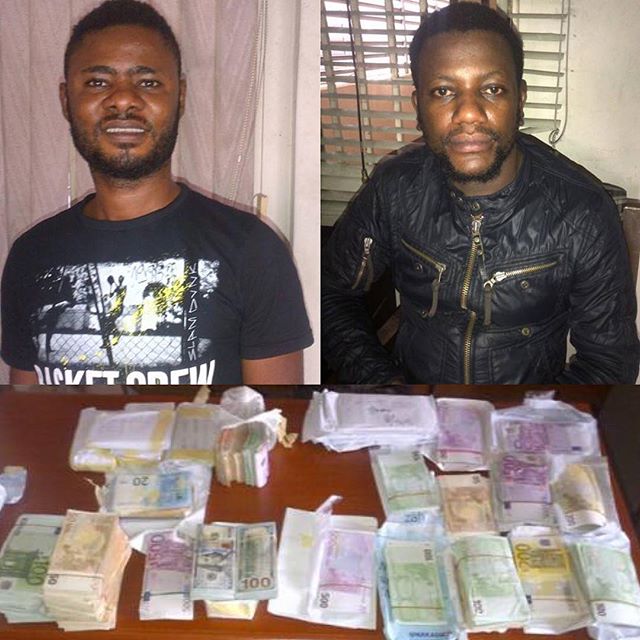 Officials of the National Drug Law Enforcement Agency (NDLEA) at the Murtala Muhammed International Airport, Lagos, have intercepted €325,640 and another $30,000 (about 175 million Naira) being smuggled from Greece and Austria.

The suspected laundered money concealed inside envelopes and shoes were seized during the inward screening of passengers. Edos Nicholas and Hallowell Prince Lovely have been arrested in connection with the smuggled currencies.

He said: "The money does not belong to me. I was given by different people in Europe to give to their relatives. I have been living in Vienna, Austria, for over 15 years."

Lovely, who also hails from Edo State, also said: "I live in Athens and I work in an African shop. I have lived there for 12 years. The money belongs to many people and some of them are my friends."

Posted by Unknown at 10:11 pm
Email ThisBlogThis!Share to TwitterShare to FacebookShare to Pinterest
Labels: Crime