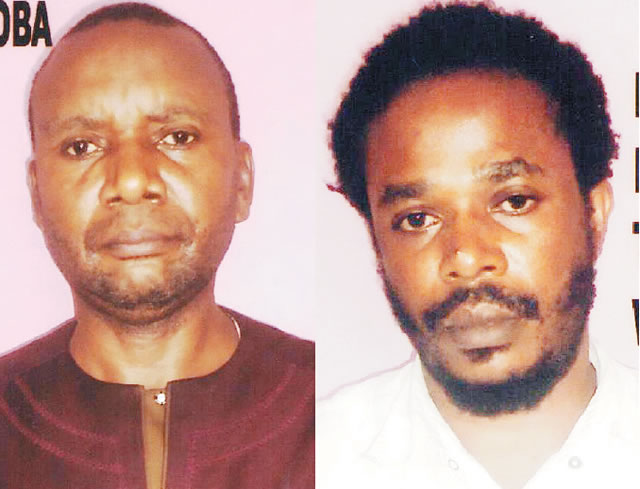 Officials of the National Drug Law Enforcement Agency at the Akanu Ibiam International Airport Enugu State, have arrested a clearing and forwarding agent, who ingested 74 wraps of cocaine while on his way to China.

Spokesperson for the agency, Mr. Mitchell Ofoyeju, said on Friday that the suspect,47-year-old Adibe Baloba, was caught during outward screening of passengers on an Ethiopian airline flight to China.

The NDLEA commander at the Enugu airport, Adeofe Adeyemi, was quoted as saying that the cocaine, which Adibe ingested weighed 1.417kgs.

“A second suspect, Onyechi Esonwunne, was caught attempting to send a luggage containing cannabis to China through an unsuspecting passenger. The cannabis was carefully prepared inside packs of noodles to avoid detection. Investigating officers are working hard on the cases and the suspects will soon be charged to court,” Adeofe said.

The agency said its preliminary investigation showed that Esonwunne had previously been deported twice from China – in 2008 and May 2016.

“Hardship and Nigeria’s bad economy forced me into drug trafficking. The exchange rate is very high and I hardly get money to take care of my family. My sponsor promised to pay me the sum of $5,000 to take the drug to China. But I was arrested before I could board my flight,” Adibe told NDLEA agencies in his statement.

“I am a trader but due to the economic downturn, I turned to cannabis smuggling to cope,” he said.

The NDLEA Chairman, Muhammad Abdallah, called on members of the public to avoid collecting consignments from people.

He said it was a method widely used by drug traffickers, who target innocent passengers to smuggle drugs.

“People need to be aware of this trick because rendering such assistance may just send them to prison or worse, death. This is because drug trafficking is punishable by death in China,” Abdallah stated.

Posted by Unknown at 9:14 am
Email ThisBlogThis!Share to TwitterShare to FacebookShare to Pinterest
Labels: Crime