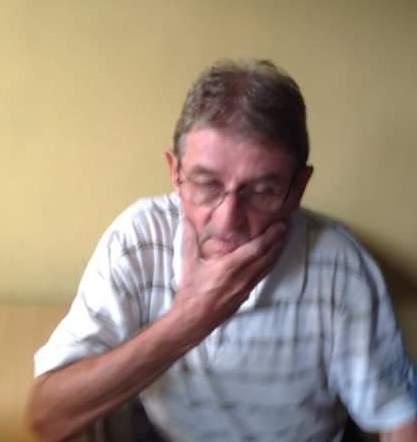 The woman who claimed she met Turner eight years ago in Jos, Plateau State, alleged that the man was also willfully infecting other Nigerian women with the virus.

She stated that she reported the Irish national to the police because she wanted him to be stopped from the wicked action.

According to her, they were live-in partners until she decided to investigate on the drugs he usually took only to find out it was anti-retroviral.

She said: “I met James Turner eight years ago. He told me to move to his apartment. I started living with him. We were living like husband and wife. I later observed that he was falling sick.

“I even followed him to the hospital. He was complaining of internal heat and he was sweating profusely. The hospital subjected him to some medical tests. I did not know the result initially as he didn’t allow me hear what the doctor told him.

“Well, I later discovered that he was taking a particular kind of drug and he was not getting better. I ‘googled’ the drug and discovered that it was for HIV patients. I was shocked with the discovery.

“I confronted him but he denied that he has HIV positive. He told me that the drug was for the sore on his leg. I was not comfortable with the answer. I told him that if I must believe him, he should avail me with the doctor’s phone number, but he refused.

“While he was sleeping, I searched the phone and I saw the doctor’s number. I called him and he said I should come to the hospital. When I went to the hospital, the doctor told me that my boyfriend is HIV positive.

“My world crumbled, I fell down and started crying. I regretted ever meeting the man. The doctor advised that I should do test first to know my health status before complaining as I might not be infected. I did the test and it was positive. The doctor took my blood sample to another hospital for confirmation test and the result was positive. I was totally down even though I had no symptoms.

“Well, to kill anger and boredom, I followed some of my friends to a party. He kept calling me whether I was coming home, I became suspicious and lied to him that I won’t come back that night. I was shocked that when I arrived home, I caught him pants down, sleeping with my very good friend. I got angry and told him he was wicked.

“He told me to hang myself. He said he’s over 60 years and that he has lived almost his life span, but that I was still 31 and no one would marry an HIV positive person. He told me to go and report anywhere I wished as I would be subjected to ridicule and stigmatisation.

“After listening to his humiliation,I attempted suicide, but I was rescued by my friend. I went back to the doctor, who invited him and advised him to set up a business for me, so that I would be able to raise money for anti-retroviral drugs. He promised to give me N2.5 million to set up business.

“Each time I reminded him of the money, he would start shouting me down. He would start boasting that I was not the only person that he has infected. He would tell me that he has just started, that he would finish Nigerians before he leaves the country.

“I decided that before he succeeds in finishing young Nigerian girls, I should expose him. That is the reason I reported him to the Police. I want the police to stop him as he has gone berserk infecting people and boasting about it.”

However, Turner denied the allegation, insisting it was the complainant who infected him with the virus.

The Irish national was very rebellious and attacked reporters who wanted to take his photograph. He also threw aside midgets and other recording devices that were placed before him for his side of the story.

According to him, he was not going to talk about the issue because the complainant wanted to extort him.

He said: “Bullshit! The girl and others love money. They want to extort me. I am HIV positive, I know, but she infected me. Ask her what happened in 2013 when she travelled to Kaduna. It was at that time that she got it and infected me. Let her get away. I told her that we should settle the matter, but she decided to embarrass me. I won’t take it.

“I don’t understand why she is bringing all these things up. I did not rape her. We were friends and we will remain friends. I repeat, she was the person who infected me with HIV.”

Briefing reporters on the issue, the command’s spokesperson, Dolapo Badmos, a Superintendent of Police (SP) confirmed that the suspect was arrested following a compliant by his lover.

Badmos said: “On October 13, the Ikeja Division of the command got report from a lady that a friend of hers deliberately infected her with HIV. There seems to be counter allegations. We discovered that one of them infected the other and this is a crime under Section 24 of the Criminal Act. If there is a deliberate act, the law will take its full course.”

Posted by Unknown at 7:47 pm
Email ThisBlogThis!Share to TwitterShare to FacebookShare to Pinterest
Labels: InternationalNews