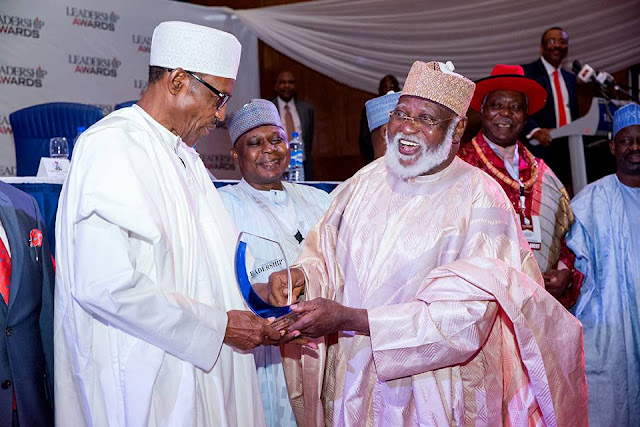 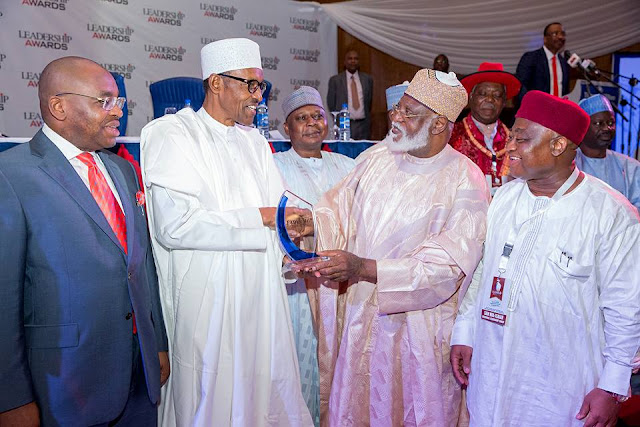 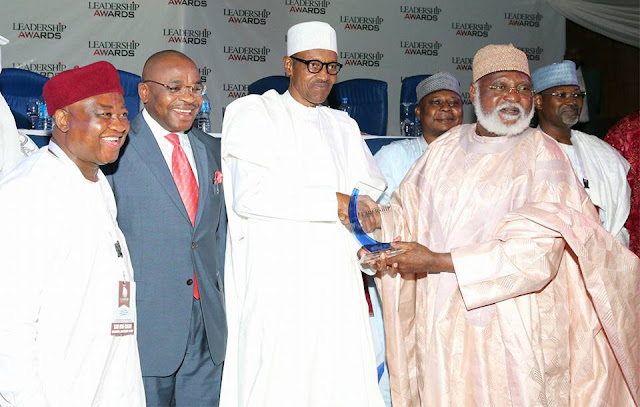 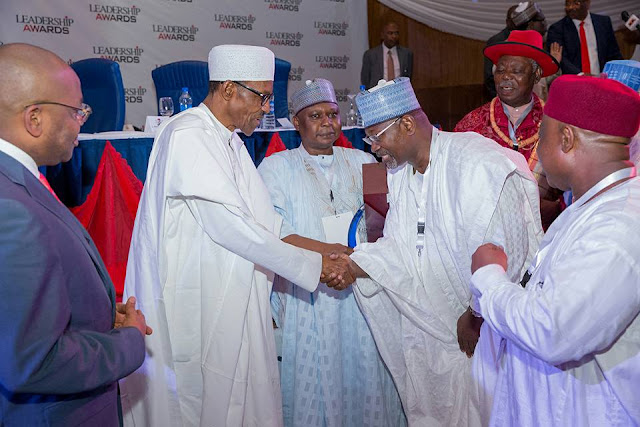 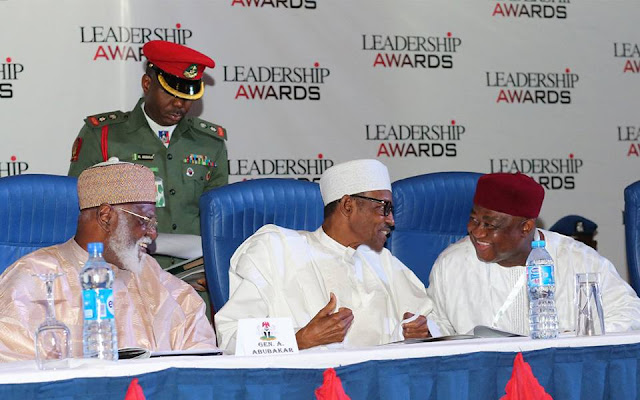 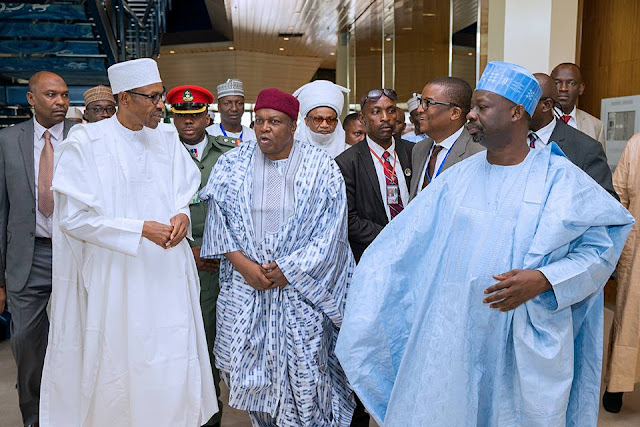 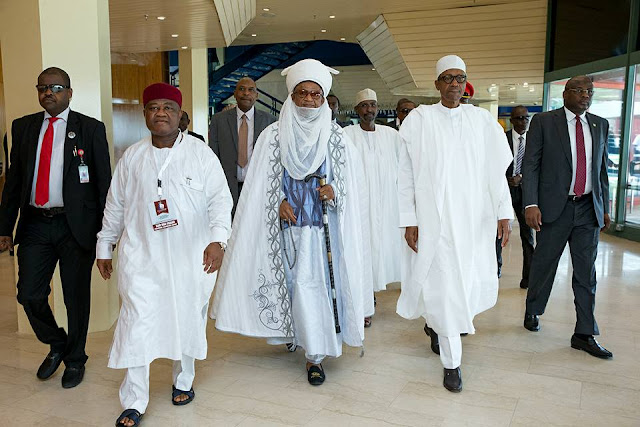 ADDRESS BY HIS EXCELLENCY MUHAMMADU BUHARI, PRESIDENT, COMMANDER-IN-CHIEF, FEDERAL REPUBLIC OF NIGERIA, AT THE LEADERSHIP ANNUAL AWARDS AND CONFERENCE, HELD AT THE TRANSCORP HILTON HOTEL, ABUJA ON OCTOBER 6, 2016.

I am most delighted to be part of this occasion organized by the Leadership Newspapers Group to honour Nigerians who have excelled in their chosen fields of endeavour.

2.​ Let me hasten to congratulate my joint award winners, my predecessor, His Excellency, President Goodluck Ebele Jonathan, GCFR and Professor Attahiru Jega, the former Chairman of the Independent National Electoral Commission, as “Leadership Person of the Year”.

3. ​The events of 2015 which the Leadership Newspaper has chosen to bring to the fore today, marked a watershed in the political history of our country.

4.​ Those of us who were participating actors in the elections were led by the higher ideal of the future of our great country and the well being of our people rather than the mere desire of politicians to win elections.

5. ​It is, therefore, our commitment to this ideal, the patriotic zeal of President Jonathan, the impartiality of the electoral umpire, INEC and exemplary conduct of the political parties, foreign pressure and other actors that we collectively disappointed the prophets of doom who had predicted the disintegration of the country after the 2015 general elections.

7. ​I wish to felicitate with the other award winners for the recognition accorded them by the Leadership Newspapers. It is my fervent hope that the awards will encourage all those recognized today to remain committed to good behaviour in their various endeavours to justify this recognition and serve as inspiration to others.

8. ​The Leadership Newspapers have been in the forefront of promoting democracy and positive values that are necessary to achieve national consensus on the issues that tend to challenge our unity and progress as a nation. We commend the Leadership Newspapers Group and its publisher, Sam Nda-Isaiah for standing firm on the path of patriotism, justice and fairness.

9.​ Our participation in today’s ceremony is therefore, a mark of confidence in the brand of journalism practiced by the Leadership Newspapers Group as it is a public acknowledgment of the contributions of the media to our administration’s agenda to defeat terrorism and violent extremism in the country, fight corruption and diversify the economy to create jobs for our teeming population and generally improve the standard of living of Nigerians.

10.​ I expect the Nigerian media to join our government in pursuit of these goals not just to criticize to prove their independence.

11.​ The media must continually see itself as true partner in the task of nation building and thus act in the spirit of patriotism at all times in the important role of informing the people of the country.

12.​ On our part, our doors are wide open to media inquiries in line with the transparency and anti-corruption stance of our administration.

13. Once again, I congratulate the award winners today and thank the Leadership Newspapers Group for the honour done to us.

Posted by Unknown at 9:53 pm
Email ThisBlogThis!Share to TwitterShare to FacebookShare to Pinterest
Labels: NationalNews