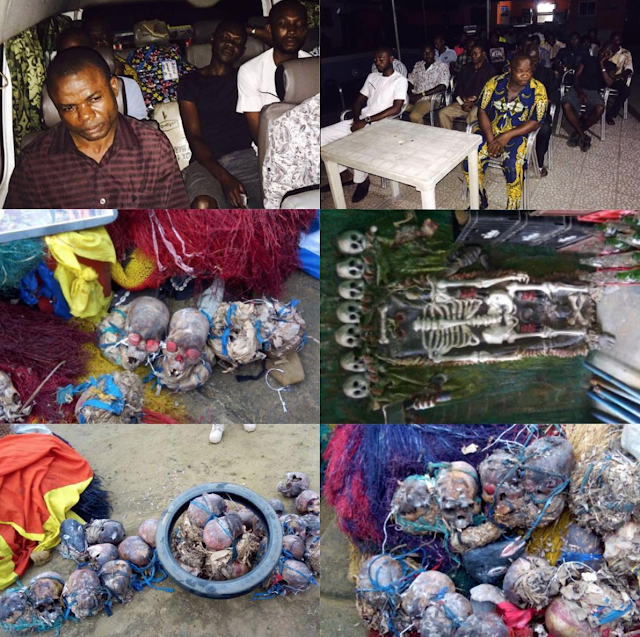 The discovery, it was gathered, raised concerns that the militants were engaged in human sacrifice, perhaps, to fortify themselves for their devilish operations. The shrines, which were discovered at Ikot Ene Idam. Abakpa and Ikang creeks of the councils belonged to a notorious militant group, the Bakassi Strike Force (BSF).

He said: “The shrines were destroyed as troops continue to search for the perpetrators of these heinous acts against humanity." Otuji said that the troops while combing the creeks arrested two suspects acting as spies for BSF militants.

Otuji alleged that the group was planning to establish a state chapter of the banned IPOB to disrupt public peace.

Posted by Unknown at 8:20 am
Email ThisBlogThis!Share to TwitterShare to FacebookShare to Pinterest
Labels: Crime