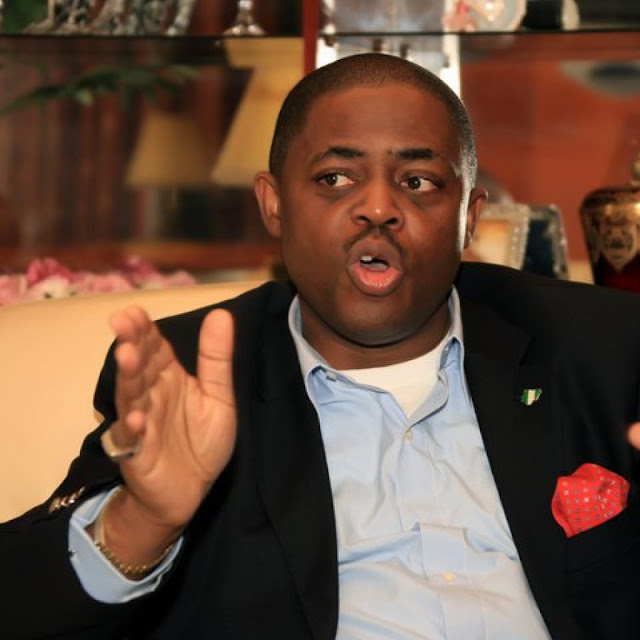 Several reactions have trailed Aisha Buhari’s comments that she may not back her husband, President Muhammadu Buhari, at the 2019 election unless he (the President) reshuffles his cabinet. And the president replied, saying that she belong to his kitchen and bedroom.

Femi Fani Kayode took to his social media page to in support of Mrs Buhari Saying:

"When our President can get up and tell the whole world all the way from distant Germany that his wife "belongs to the kitchen, the living room and the other room" simply because she dared to speak her mind to the BBC then you know that he is in the grip of something evil and that demons are speaking through him.

It is all part of the spiritual dimension of living in the Villa that Abati was referring to in his latest essay.

The President's mind has become twisted and he is now posessed by strange and powerful entities. Any man that can say such a thing about his own wife can kill his own children. He needs a lot of prayer."

He is facing 17 counts of money laundering before the Lagos Division of the court, along with a former Finance Minister, Nenadi Usman; Danjuma Yusuf and a firm, Joint Trust Dimension Nig. Ltd. They were charged with unlawful retention, unlawful use and unlawful payment of money to the tune of N4.9bn.

But in the fresh charges numbered, Fani-Kayode is the sole defendant. The EFCC in the fresh case filed five counts in which it accused him of diverting N26m allegedly received from the Office of the National Security Adviser while Sambo Dsuki was in office and handling the money without going through financial institution as required under the Money Laundering Act.

Posted by Unknown at 10:04 am
Email ThisBlogThis!Share to TwitterShare to FacebookShare to Pinterest
Labels: NationalNews