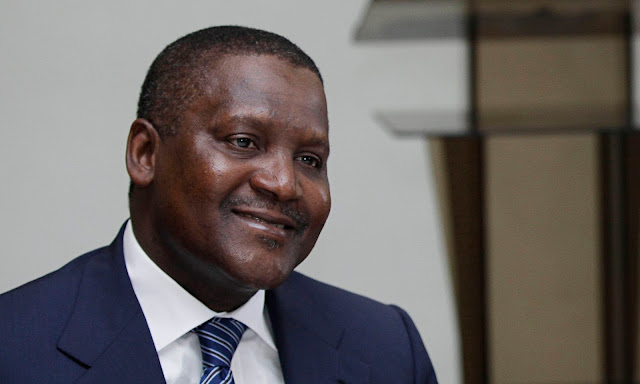 No fewer than 48 workers have been allegedly sacked by Dangote Group due to the economic recession in the country. Those affected were 36 expatriate and 12 local staff serving in Dangote Cement Plc and Dangote Industries Limited. .

Findings showed that the reason for their sack was in connection with the current high cost of running business in the country, occasioned by unavailability of foreign exchange and the unprecedented hike in exchange rate.

In a letter signed by the President/CEO, Dangote Group, Alhaji Aliko Dangote, dated October 20, 2016, Dangote stated that the group was constrained to take the ‘tough’ decision because of the present high cost of production.

The letter read in part: “This year has been a very challenging one for us as a business. The unavailability of foreign exchange, coupled with an unprecendented hike in exchange rate has resulted in increased costs across the organisation.

This called for a proper review and adjustment of our costs across board to ensure efficiency and effectiveness in the deployment of our factors of production in a bid to eliminate redundancy that we know exist, which resulted in some tough decisions which means losing staff, including some of our colleagues.

On Friday, October 14, 2016, we began the process of staff cutbacks as it is imperative to review our human capital deployment for required cutbacks that would ensure efficiency and eliminate redundancies in the allocation of human resources.

Posted by Unknown at 8:47 am
Email ThisBlogThis!Share to TwitterShare to FacebookShare to Pinterest
Labels: NationalNews