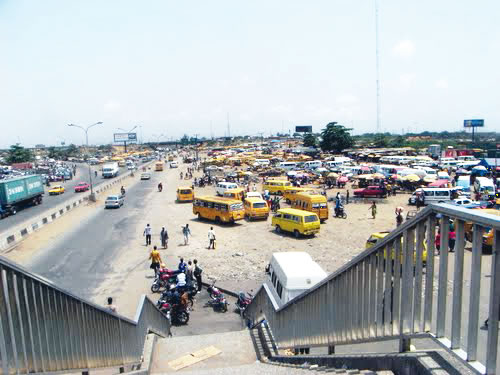 The police in Lagos State have arrested a woman, identified as Grace Onome, for allegedly selling her two-year-old child in the Badagry area of the state.

Punch learnt that Onome was arrested on Saturday by the Badagry Police Division after a tip-off.

Four accomplices, who allegedly aided the sale of the girl, were also arrested by the police. It was learnt that the sold daughter, identified as Zainab, had yet to be found.

Onome, who worked as a commercial sex worker in the Mobil area of Badagry, allegedly sold Zainab to another sex worker, identified only as Endurance.

A police source at the division said operatives were on the trail of Endurance in order to rescue Zainab.

He said, “It was on Saturday that Grace (Onome) and Endurance had the transaction. They are both commercial sex workers in the area.

“Endurance gave Zainab’s mother N50,000, before taking the girl away. The mother said she used the money to buy a few things for herself.

“The fleeing buyer is of no fixed address. But the police are on her trail.”

A child rights’ worker, Ebenezer Omejalile, said a request had been made to the police to have the case transferred to the Gender Unit, Lagos State Police Command, Ikeja, for more investigation.

He said, “Child rights’ workers in the Badagry area are monitoring the case. It is being investigated by the surveillance section of the police division.

“We want the matter to be transferred to the gender unit of the police in Ikeja, where proper investigation will be done.

“We are worried that the victim has yet to be rescued by the police. Our contact persons in the Badagry area have been detailed to work with the police, and they will follow up on that matter.”

A source told our correspondent that the accomplices arrested with Onome were released on bail on Saturday.

She added that efforts were ongoing to track the suspected buyer of the girl.

She said, “The mother has been arrested and she confessed to be a commercial sex worker. Effort is ongoing to track the fleeing suspected buyer and the child.”

Posted by Unknown at 7:22 am
Email ThisBlogThis!Share to TwitterShare to FacebookShare to Pinterest
Labels: Crime