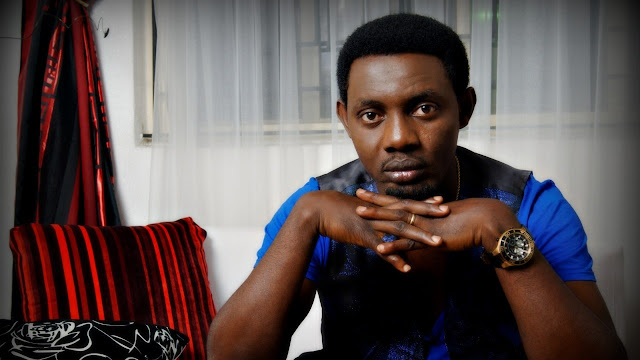 Not just a few wonder aloud how popular comedian, Ayo Makun, aka AY, has been able to hit the pinnacle even faster than the comedians who had been there before him. For a first time movie maker, his ‘30 Days in Atlanta’ broke records as the highest grossing film in Africa and then, his shows are usually well-attended.

As such, so many people believe that AY might have achieved this success through diabolical means.

The comedian, in a recent chat with Saturday Beats during the launch of his latest movie, ‘A Trip to Jamaica,’ also admitted that he had heard that so many people believe that he is into ‘juju’.

“I am just a product of God’s grace. When I shot ‘30 days in Atlanta,’ I just set out to go there and have fun but a lot of people are attributing it to something else. They are saying maybe I did juju. I’ve heard all sorts and I’m beginning to suspect myself in the sense that anything I do always comes out well. My stand-up comedy show is one of the biggest in the country. Same with my TV show. I’m just a product of grace. That is what I tell people. Not because I am the best, not because I know how to do it better. I just have this shining light and I keep praying that the grace remains. For now, let me enjoy my grace.”

He added that it was his wife’s idea to begin shooting movies since he studied Directing in the university. The comedian said that while growing up, he always went to the library to read the Guinness Book of World Records but he never dreamt that his name would be in one of its editions.

“Before the Guinness World Record came, we were done with ‘A Trip to Jamaica.’ Let me take you back to ‘30 days in Atlanta.’ This was me just setting out to go and have fun. I’m known as a stand-up comedian with my programme, AY Live. One day, I had a discussion with my wife about diversification and doing something different. Since I do a lot of skits that made my YouTube channel the most viewed in the country for three years consecutively, she suggested I put them together to make a full movie. That was what gave birth to ‘30 Days in Atlanta.’ And because I was new in the business, the idea was just to put some budget together and go and shoot a film. I didn’t know it was going to make a difference. And right now, I am basking in that euphoria. I enjoy and appreciate the fact that ‘30 Days in Atlanta’ made it to the Guinness Book of Records. I feel very happy. I didn’t see it coming, not even for a second. I mean, I always tell people, I used to go to the library back in the days to just grab that book and read. I had this impression that the people they featured probably had four heads. I never knew a day would come when I would see myself in the book. Maybe, somebody is reading it now and thinks AY has four heads too,” he said.

Posted by Unknown at 9:40 am
Email ThisBlogThis!Share to TwitterShare to FacebookShare to Pinterest
Labels: Gists