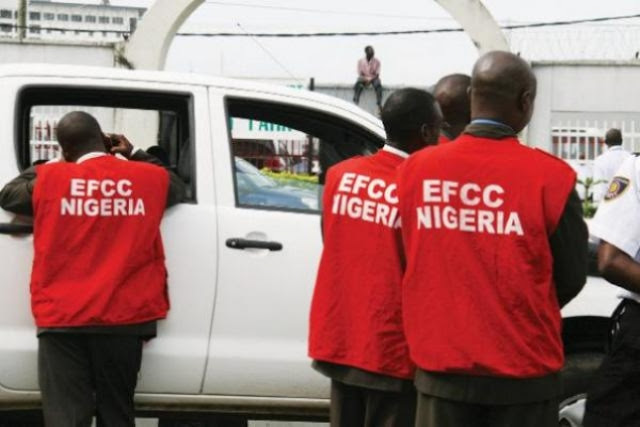 The EFCC today October 21,2016 arraigned one Laolu Balogun Ladimeji Lakitan before Justice O.A Taiwo of the Lagos State High Court, sitting in Igbosere on a four count charge bordering on obtaining money by false pretence , forgery, use of false document and impersonation .

The accused person was alleged to have defrauded the complainant Pradeep Kumar Mehta, an Indian and his Company Enkay-Indo Nigerian Limited of N130,397,335.00 by falsely representing to Pradeep that the said sum of money represented the cost of Crude Oil Allocation. He also forged documents from the Nigerian National Petroleum Corporation(NNPC) to that effect.

One of the Counts reads ' that you Laolu Balogun Ladimeji Lakitan between January 2013 and December, 2013 in Lagos within the Lagos Judicial Division with intent to defraud obtained the sum of N130,397,335.00(One hundred and thirty million, three hundred and ninety seven thousand, three hundred and thirty five Naira) from Mr Pradeep Kumar Mehta an Indian National by falsely pretending to Mr Pradeep that the said sum of money represented the cost of Crude oil Allocation which pretence you knew to be false 'and committed an offence contrary to section 365(1) of the Criminal Law of Lagos State 2001.

He pleaded not guilty to the charges preferred against him. Justice Taiwo granted the defendant bail in the sum of N10 million, two sureties in like some, one must be a family member while the other should have landed properties in lagos with C of O, must be a level 12 civil servant.

She however remanded the accused person in EFCC custody because of his ill health and since he is already receiving treatment there, pending the perfection of bail application and subsequent adjourned the case to December 5th , 2016

Posted by Unknown at 8:20 pm
Email ThisBlogThis!Share to TwitterShare to FacebookShare to Pinterest
Labels: Crime