Why I Warned Men To Stay Away From My Daughter – Oritsefemi 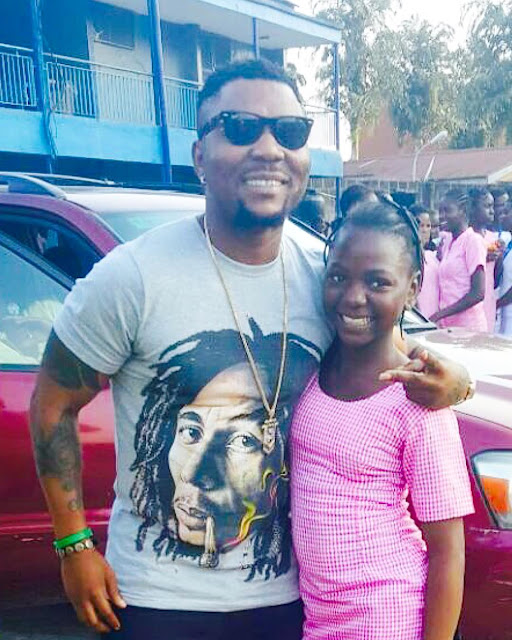 Singer Oritsefemi is among so many Nigerian fathers who are over-protective of their daughters and he has no apologies for that. As much as many people thought he was joking on Instagram recently when he warned men to stay away from his daughter, the singer has told Saturday Beats that he meant every bit of the threat.

The Double Wahala singer said that he had to drop the warning because he realised that the value system in the world was fast changing and he would want his daughter to get to a certain stage in life before men being to woo her.

“I was very serious about warning men against my daughter. Every parent wants their kids to get to a certain level in life before they begin to think about relationship and mine is not different. That was why I posted the message on my Instagram page. I have already spoken to my daughter, so I decided to talk to the general public and plead with them to allow her grow older before they begin to chase her. It may sound like a joke but I was seriously passing a message across. It does not mean she would not have a boyfriend or get married someday,” he said.

The self-acclaimed music Taliban said that he is very close to his daughters and he relates with them as friends.

“I relate with my daughters as if I am their friend instead of their father. They talk to me like their friend. If I do not make myself available to them as their friend, they might be keeping things from me. I don’t need to tell them I am their father because they know already,” Oritsefemi said.

Speaking on the success of his recently released album, ‘Corporate Miscreant,’ the singer said he spent about 11 months working on the project and he was impressed about the feedback he was getting.

He further said that he used the album to tackle some societal ills.

“Many people have attributed the title of my album to mean a lot of things but to me, I call it the abuse of responsibilities. I feel many people misuse their offices and opportunities given to them. The name you call people like that is ‘Corporate Miscreant.’ You could be a lawyer, president, or doctor, once you misuse your office; you are a corporate miscreant. Also, to the wealthy people defying little girls and getting married to them, I do not think it is proper.  I also call them corporate miscreants. Anything people cannot emulate from you as an influential person makes you a corporate miscreant,” he said.

Posted by Unknown at 9:32 am
Email ThisBlogThis!Share to TwitterShare to FacebookShare to Pinterest
Labels: Gists