World Bank, Others To Release $1.3bn For Nigeria’s Development Bank 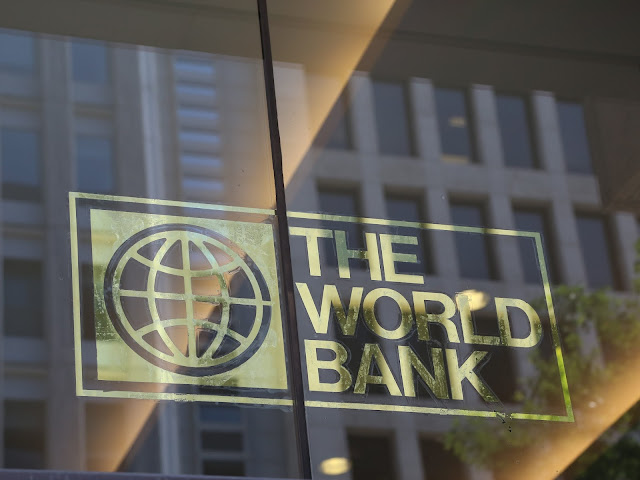 The Federal Government has reached an agreement with the World Bank Group and other development partners for the release of $1.3bn for the take-off of the Development Bank of Nigeria.

The Minister of Finance, Mrs. Kemi Adeosun, said this on Sunday in Washington DC, United States of America at the closing press conference marking the end of the World Bank/International Monetary Fund’s annual meetings.

Adeosun, who spoke alongside the Governor of the Central Bank of Nigeria, Mr. Godwin Emefiele, explained that the DBN would serve as a means of intervention for the Small and Medium-sized Enterprises in the country to get funds to run their operations and expand in order to achieve inclusive growth for the country.

She said, “An agreement was reached on the final steps for the take-off of the Development Bank of Nigeria, which had been stopped due to some issues; we have resolved all those issues, the recruitment process has now been finalised, with management team put in place; and this will release $1.3bn, which is aimed at supporting our SMEs and the SMEs are part of the engine that will spur the growth of our economy.”

The minister also said that the Nigerian delegation to the meetings had high-level discussions with the multilateral agencies on the challenges in the power sector, especially the financial issues, and that an agreement was reached for a workshop to hold in Abuja in November to be attended by the World Bank Group, International Finance Corporation and the Multilateral Investment Guarantee Agency, which provided partial risk guarantees.

Also slated to attend the workshop are the ministries of Power and Finance, the CBN, the Nigerian National Petroleum Corporation for the gas perspective, the electricity generation and distribution companies and all the stakeholders in the power sector.

Adeosun added that the World Bank would be bringing its specialist power finance team to see how they could proffer financial solutions to the challenges of the power sector in Nigeria.

The minister said, “We also met with JICA, the Japan International Cooperation Agency, and we secured their commitment to facilitate trade and investment in Nigeria; specifically, they have agreed to make investments in agriculture, especially in the fisheries sector, and we have made progress on the Jebba hydro project, which is also a power project.

“Our constituency, which represents South Africa, Nigeria and Angola, had a meeting and we reviewed the fact that the allocations to our constituency are among the poorest, particularly from the IFC, which are unacceptably low. What we have agreed to do is that we will be hosting a meeting in Abuja in March for the three finance ministers and the idea is that we will benchmark and scale up our technical capacity to ensure that we are able to get more of what is available for the three countries.

Posted by Unknown at 8:40 am
Email ThisBlogThis!Share to TwitterShare to FacebookShare to Pinterest
Labels: NationalNews