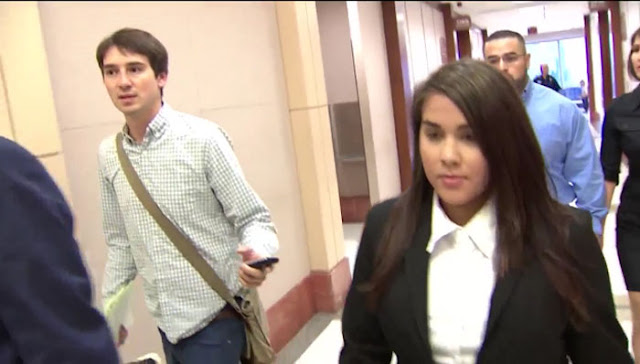 Alexandar Vera, a former Texas teacher who admitted to having sex with her 13-year-old student has pleaded guilty. She pleaded guilty on Wednesday to aggravated sexual assault of a child.

Vera met the 13-year-old boy who was a student in her 8th grade English class during summer school last summer, according to court documents. ABC news reports that a sexual relationship developed between the two thereafter.

Vera claims she and the teen are in love, and she’s been introduced to his family as his girlfriend, court documents state. The boy’s parents reportedly accepted the relationship, including Vera in family gatherings.

Court documents detailed how Vera allegedly became pregnant with the boy’s baby in January, and his family was said to be excited and supportive about the baby.

However, Child Protective Services paid an unexpected visit to the school in February and asked question about their relationship. She reportedly became nervous and terminated the pregnancy.

The boy is currently in foster care.

Vera is expected to be back in court for sentencing in January.

Posted by Unknown at 3:54 pm
Email ThisBlogThis!Share to TwitterShare to FacebookShare to Pinterest
Labels: InternationalNews