70-Year-Old Arrested For Raping Girl, 8 Who Is Deaf And Dumb 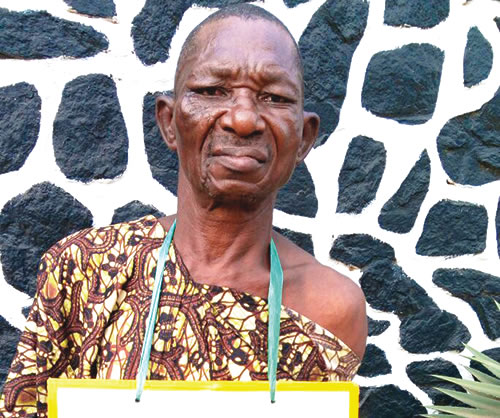 The Ogun State Police Command has arrested a 70-year-old man, Gabriel Akindele, for allegedly raping an eight-year-old girl, who is deaf and dumb.

The incident was said to have happened on Tuesday on Michael Ayegusi Street, Owode Ijako, in the Ado-Odo/ Ota Local Government Area of the state.

The state Police Public Relations Officer, Abimbola Oyeyemi, said the suspect was arrested following a complaint from the mother of the victim.

He said, “The mother, who noticed an unusual behaviour from the girl after the incident, used sign language to inquire from her daughter.

“The girl informed her of the incident, which prompted the mother to report the matter to the police.”

Oyeyemi, an Assistant Superintendent of Police, said  after a complaint was made about the matter, the Divisional Police Officer, Sango Ota, Akinsola Ogunwale, detailed detectives to the scene; and the old man was subsequently arrested.

The PPRO said the suspect allegedly confessed to the crime. Oyeyemi added that it was discovered that he lured the girl to the toilet where he raped her.

He added that the Commissioner of Police,  Ahmed Iliyasu, had directed that the case be transferred to Anti-Human Trafficking and Child Labour Unit of the State Criminal Investigation and Intelligence Department, Abeokuta, for proper investigation.

Posted by Unknown at 10:52 pm
Email ThisBlogThis!Share to TwitterShare to FacebookShare to Pinterest
Labels: Crime